The teenage winger is one of the hottest young commodities in world football, and has regularly been linked with a move away from BVB - despite moving to the Bundesliga just two years ago. 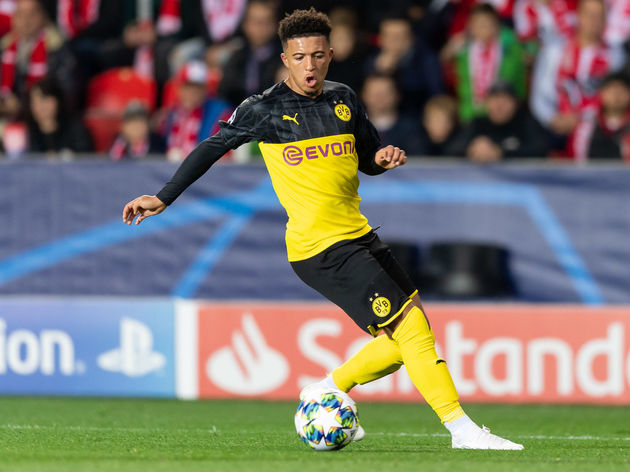 Manchester United and Real Madrid are both keen on launching their own mega money moves, ​which could exceed £100m, for Sancho - but former Reds midfielder Hamann, who also played for Newcastle, has told ​Sky Sports in Germany that his former side are also tracking the England starlet.

“What I hear is that ​Liverpool has great interest.," Hamann said. "I would imagine that next summer they could become one of the biggest interested parties."

The Reds opted against strengthening their forward options in the summer, with Belgian forward Divock Origi's signing of a new contract the highest profile story at Anfield. Teenagers Sepp van den Berg and Harvey Elliott were two signings made with an eye on the future, while Adrian and Andy Lonergan were drafted in to strengthen the club's goalkeeping options after Simon Mignolet's departure.

A move from Sancho may not be out of the realms of possibility, with Liverpool reasserting themselves as a force to be reckoned with - both domestically and on the European stage - over the last couple of seasons.

Last season's Champions League victory followed a hotly contested Premier League title race with Manchester City that saw Liverpool miss out by just a single point - even though they only lost one game all season and accrued 97 points.

They have lacked ideas though when one of their famed front three of Mohamed Salah, Sadio Mane and Roberto Firmino are missing though, and this was evident during the lacklustre 1-1 draw with rivals United at Old Trafford.

In Sancho, Liverpool would not only be chasing one of the best young players in the world today - but also a potential world beater for the next decade or so, such is the potential of the former Manchester City academy graduate.