W90
WorldNews
Lists
Next Article
#BlackoutTuesday: Why Football Has Reacted So Strongly to the George Floyd Protests

​Sacramento Republic FC are set to become Major League Soccer's 29th team after it was announced that California's capital city would be granted an expansion team.

The city have tried for five years to get Republic FC into the USA's premier competition and their efforts have finally paid off.

They will start to play in the MLS from 2022 and it's been revealed that the club will build a new $300m, 20,100-seat stadium in the downtown Railyards District of Sacramento. 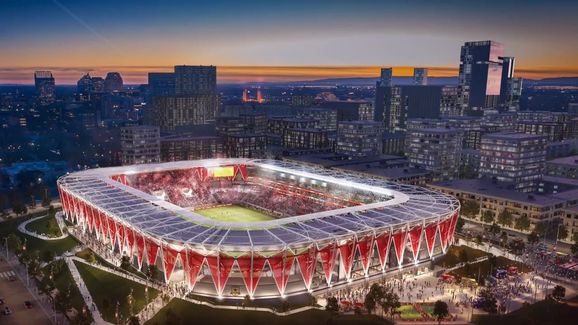 Ron Burkle, an entrepreneur, movie producer and owner of NHL’s Pittsburgh Penguins, is the club's lead investor. He's joined by Matt Alvarez, an entertainment executive and producer, while longtime Sacramento area business leader Kevin Nagle remains a central member of the investor group, a position he has led since 2014.

Speaking about the announcement, Burkle said, as quoted by the MLS' official website: "

Sacramento Republic first joined the USL, America's second-tier, in 2014, winning the title in their first season of existence. As the club grew in popularity, more and more wanted to see the Republic as an MLS