​Paris Saint-Germain defender Thomas Meunier has revealed he rejected a move to Premier League side Everton, citing their lack of European football as a reason why he didn't want to make the switch.

Meunier has frequently been linked with transfers away from PSG in recent years, with Manchester United and Arsenal previously touted as potential destinations for the Belgium international should he decide to leave Parc des Princes.

The Toffees were said to have held an interest in the right back during the summer transfer window, but Meunier has now admitted supposed interest from other clubs didn't amount to anything concrete. 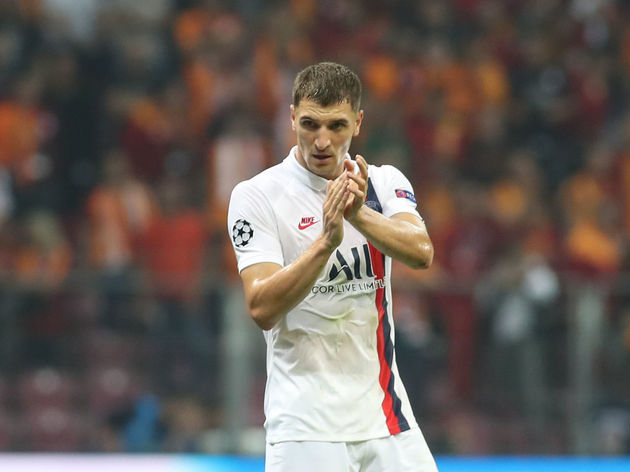 "Always one of the parties did not agree.”

When asked whether he found the situation at all frustrating, the former Club Brugge star added:

“Because playing at PSG is special. You are part of a team that can win a European competition, that is not something many players can say.

“I could have signed with Everton – a good club. I would have played a lot, that’s for sure, and had a lot of fun too.

Meunier's decision to stay put appears to have turned out pretty well, featuring in six of their ten league games so far this season, grabbing an assist. PSG are top of Ligue 1, five points ahead of second placed Nantes, as they look to secure a seventh league title in eight seasons. The French club have been criticised in recent years for failing to carry their domestic dominance into European competition. However, Thomas Tuchel's side have made a blistering start to this season's ​Champions League, smashing ​Real Madrid 3-0 before a more slender victory over Galatasaray, and can take their point tally in Group A to nine with a win against Club Brugge on Tuesday night.