Another day, another game-changing batch of inductees into 90min's Premier League Hall of Fame.

And look, there have been some big additions, and there are further to be made, but really - and I know I'm not supposed to be pick favourite, BUT - this is the one lads. The one history will remember. The day the most legends' legacies were cemented. This is it. Drink it in. There's seven of the lucky sods. Each more deserving than the last. 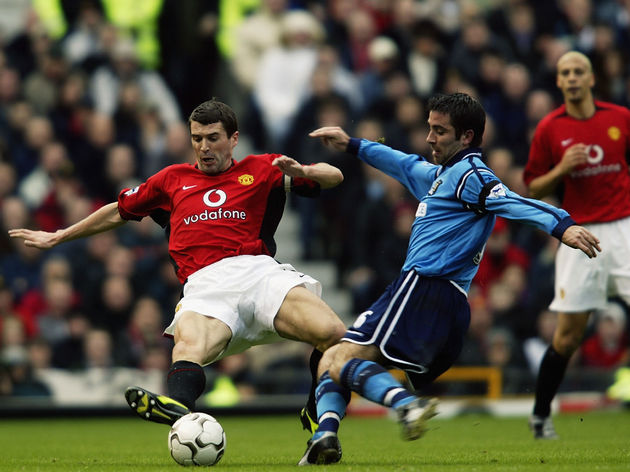 Roy Keane. Mr 50-50. Lord Leg-Breaker. Senor Send It. The man himself. We could rip off his stats, but they're just stats. Football's football. Stats are great, but they're not football. Up close. Personal. In the flesh. Studs in the flesh.

Anyway, he's here. He's actually here. At the ceremony. And he looks mildly amused. He looks jovial. How can this be?

Well, this can be because he has a plan up his sleeve. In hindsight, we should've scheduled the interview with Sir Alex Ferguson on another evening. Hell, maybe postponed the Norwegian of the Year awards to the week after. But hindsight's a wonderful thing.

Anyway, upon hearing his name, Keane jogged up to the stage - cause he never walks, NEVER - same smug smile on his face. And he reels off the pleasantries well enough. He seems truly magnanimous. And then he starts tossing the commemorative statue up in the air.

"Huh. Weighty, isn't it?" he murmurs. And the crowd shuffle in their seats. "Would ya look at that," he adds, and the audience slowly swivel to where his glaring eyes are gazing. It's Sir Alex Ferguson. Crunching gum and sipping water ahead of his interview. Suddenly, a swoosh through the air.

It's the statue. Headed straight for the Great Man. Luckily, it misses, but takes out the adjacent camera with a crash. "Not so tough now, big man," Keane bellows, before haring off the stage towards the Scot. He's 20 metres away. 15. Ten. Five. SCREECH! It's Erling

And he's flying through the air, zeroing in on Keane's thigh with his two feet. But the Irishman, never one to back out of a 50-50, stands his ground, lifting his feet up in turn to combat the challenge. The collision occurs. There's a thud of momentous proportions. A flash of blinding light. Then... nothing. No movement. The two are set in stone, at the point of impact, neither budging. Ever.

Was this the Big Bang? There's no concrete evidence to suggest not. But it's certainly quite a start to the evening. Clearly, though, the audience are transfixed. They need a wake-up call. So Dennis the Dutch Menace starts doing kick-ups with his microphone. But his touch is so gentle that the sound is not abrasive enough. Something drastic needs to be done.

So Bergkamp steps up, he takes a breath, and begins.

The stunned crowd turns. Alan Shearer, patiently waiting on the wings, jumps with glee. Nikos Dabizas becomes plush with the kind of colour he hasn't had in his face for years. He's been waiting for this moment. He rushes up on stage to shake Bergkamp's hand.

But before he's got there, Robert Pires chucks Bergkamp another mic. Bergkamp turns his back to Dabizas, takes the bouncing with his left foot, flicks it round Dabizas' right side, peels round the other side of him, and slots it through an open door 15 metres away. Still visibly despondent, Shearer has to shake it off and return to the moment. Thankfully, his friend Gary Lineker is there to hand him the award, and cheer him up in the face of this dispiriting turn of events. Or is he?

"No point losing any more hair over it, Al!" he quips. "What's done is done." And Shearer's smiling face turns sullen once more, as he bows his head to the ground. But suddenly that gleaming - yes, bald - head has turned red, and when he lifts it back up we see that his whole face has turned the same colour as well.

"At least I'm not a bald fraud," Lineker replies cooly. "Yeah!" Michael Owen, lapping all this up, suddenly shouts from the crowd.

And Alan just loses it. Now, to describe what actually happened would be to violate guidelines, but let's just say, well, have you seen 'Inglourious B**terds'? Yeah, the scalp stuff. 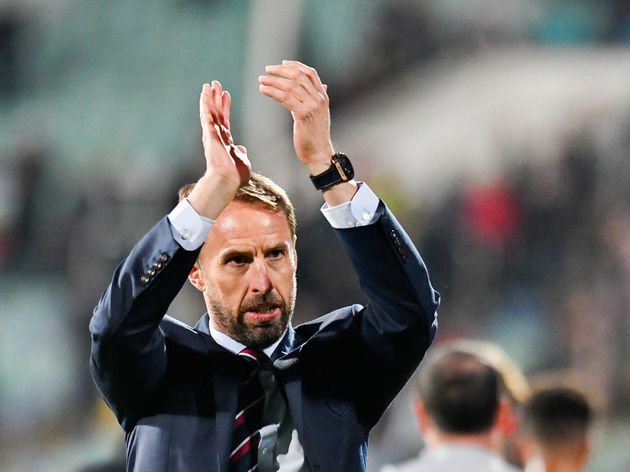 By this point, the audience have been through a lot. Too much. And so the sight of a waistcoat-wearing Gareth Southgate is received like three wholesome deep breaths.

And the England gaffer gives a lovely little speech, all about respect, pride and kindness. Tears, laughter, applause, the works. He even makes a joke about not paying the 'penalty' for his mistakes. What a neat guy.

Nice one, Sir Gaz. An underrated player you were, too. 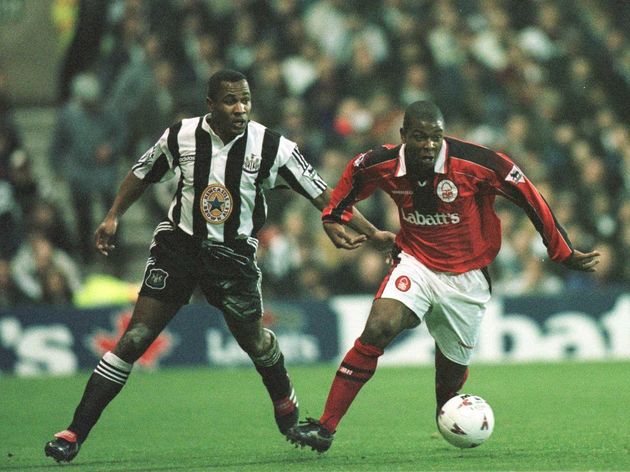 As part of his tribute is a display of all the glorious shirts he put on during his illustrious career. It's great to see. Unfortunately, THAT Newcastle beauty was placed right above his head, so no one can remember a word he said, but I'm sure it was very heartfelt. Well, what else is there left to be said about Nigel Martyn that hasn't already been consigned to the annals of both football and literature history? The man was a behemoth between the sticks.

And it all started because he knew a carpet salesman who knew a Bristol Rovers Tea Lady who 'spotted' him while she was on holiday, and had a word in the gaffer's ear.

And so, Nigel being Nigel, it was only right that he honoured both at the ceremony, riding in on a carpet, Aladdin style, adorned in the outfit Chris Farley wore for SNL's Lunch Lady Land sketch. 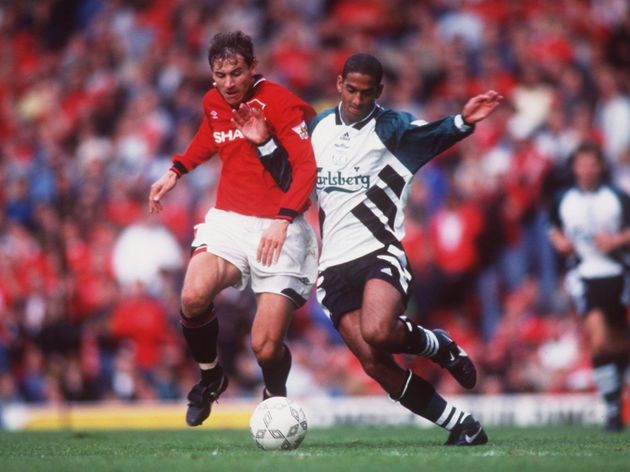 On a night as star-studded as this, there's only one man to cap it all of. Andrei Kanchelskis. The Winged Wonder. The Transiberian Railway. The Russian Redknapp (I don't what that means, it just rolls off the tongue).

Anyway, the Russian, of ​Manchester United, Everton, Manchester City and one game at Southampton fame, is rapturously received. And, as the only player in history to score in the Glasgow, Manchester and Merseyside, he's not afraid of the big occasion.

And he chose this big occasion to tear a new one into Ryan Giggs, the man who effectively ruined his career at United. Something for the whole crowd to get behind at the end of the night then. And what a night it was.