​Real Sociedad striker Willian Jose has said that he had the chance to join Newcastle last year, and is open to a move to the Premier League in the future.

Any Newcastle striker has the pressure of being compared to the great Alan Shearer, and most strikers that have gone to the North-East since his retirement have struggled to find the net.

The Magpies have struggled for goal-scoring strikers since the famous Demba Ba and Papiss Cisse partnership that fired Newcastle to a fifth-place finish in the 2011/12 season, and Jose had the opportunity to try and change the fortune of Toon strikers. 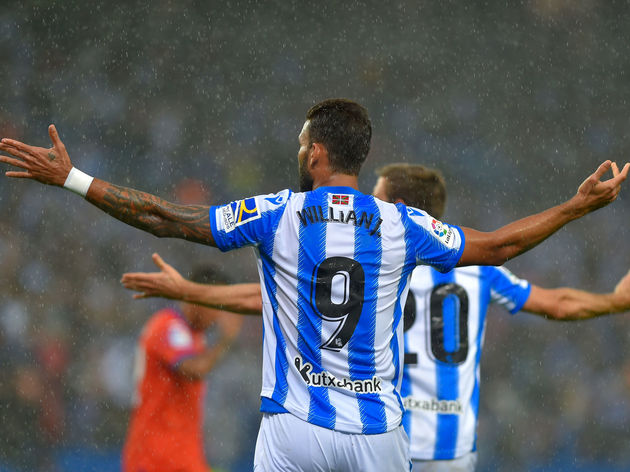 Speaking to Spanish outlet ​​Marca, the Brazilian striker admitted he had an offer to move to Tyneside last season, but chose to stay in Spain.

“I want to play in the ​Premier League one day, but for now I am happy here," he said. "I had an option to go to ​Newcastle last year [but] I’m happy at Real Sociedad, and I ended up staying.”

“The Premier [League] is the best championship in the world, but ​La Liga is not far behind.

For me, the best teams are ​Real Madrid and then ​Barcelona. I could be in the Premier [League], but I am in the right place." After moving from Uruguayan side