Ranking All 10 of the Yachine Trophy Nominees 2019

​At last, an award designed specifically to recognise goalkeepers, to honour the universal lawbreakers of the beautiful game, who run around getting their grubby mitts on our balls.

Named after legendary Russian hat-wearer and goalkeeper Lev Yashin, ​the inaugural award from France Football will run alongside the Ballon d'Or. Why did no one think of this sooner?

So who's going to scoop this shiny new prize? Let's take a look at how the likely order of the ten candidates... This isn't a slight against the Slovenian at all, who's consistently been one of the top players in between the sticks this decade, but unfortunately for him, it wasn't a standout season.

Neither he or ​Inter did anything remarkable to warrant a higher place on this list, but a Scudetto could greatly help his chances next year. 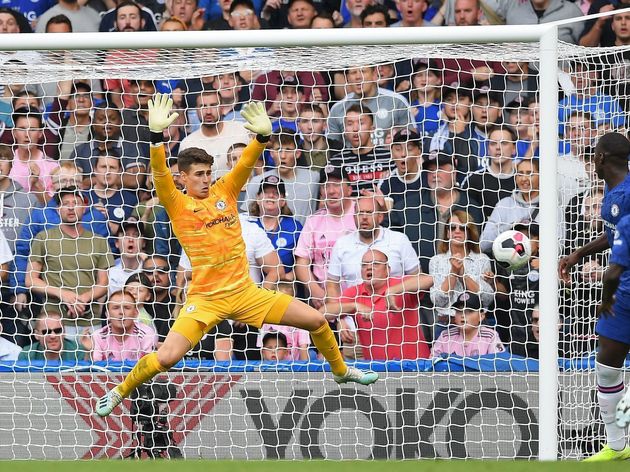 Often being caught out by goals just out of his reach, he was thrust into the spotlight when he refused to be substituted in the Carabao Cup final and was subsequently dropped by then-manager Maurizio Sarri.

He regained his place in the side and helped ​Chelsea win the Europa League, which is the only reason why he's on this list. 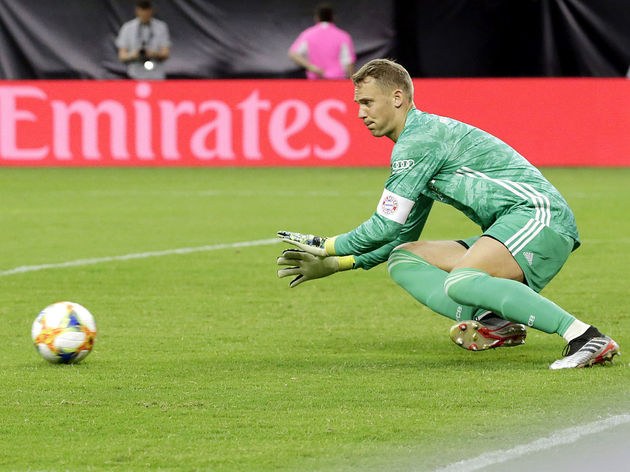 Ah, that liberating feeling of knowing that ​Manuel Neuer is no longer the consensus choice as the best goalkeeper in the world.

Despite his waning physicality, reaction time and decision making, Neuer remains a solid stopper and deserves a place on this list for his contribution in helping ​Bayern overhaul rivals ​Borussia Dortmund to win yet another ​Bundesliga title.

Uli Hoeness should probably tone down the threats of Bayern players boycotting the Germany national team if he doesn't start over ​Marc-André ter Stegen, though. Just a thought. What a year it was for Ajax, claiming their first Eredivisie title in five years and being seconds away from reaching the ​Champions League final.

The Cameroon international pulled off some incredible stops on ​a memorable campaign in Amsterdam, and while he signed a contract extension, the longevity of goalkeepers means a big move is surely near.

Sadly for him, his complicit role in allowing Lucas Moura's memorable hat trick (notably spilling the ball several times for ​Tottenham's equaliser) means the lasting image of him from this year is a negative one. Unlucky, Onana. An understated part of ​Juventus' strong defensive core is their Polish goalkeeper, who has come on leaps and bounds since leaving England for Italy.

Szczesny has quietly become a reliable part of one of the world's biggest sides, despite being labelled a flop after leaving ​Arsenal.

A strong ​Serie A campaign saw Juve win another Scudetto, but Ajax's brilliance saw them disappointingly fall at the quarter-final stage. ​Out of all the players on this list, Ederson will probably be seen as the most revolutionary, the most radical of modern goalkeepers, taking sweeping and distributing to a whole new level - youngsters will look to model their game after him.

So why is he only at number five on this list after winning an unprecedented domestic treble (not the quadruple) with Manchester City?

In truth, the most basic of goalkeeping qualities continue to underpin Ederson's greatness - his shot-stopping. Many of the few goals City concede leave you wondering if the Brazilian could do better, and that remains a key flaw in his game. Before you get all worked up, we do not think Hugo Lloris is the fourth-best goalkeeper in the world - this is just a prediction of how France Football will judge him in this award.

His role in Tottenham's run to the Champions League final often gets swept under the carpet because he can be a clown for them domestically. On the road to Madrid, he kept two huge clean sheets against Dortmund, saved a penalty from ​Sergio Aguero, and kept out Ajax late on in Amsterdam.

When you tally it up, he's had a decent year. It doesn't matter that ​Atletico Madrid may be the most defensive side in any sport that's ever existed in human history - Oblak's record of having more clean sheets than he has conceded goals at the club is out of this world.

You rarely see the Slovenian make an error, and has done a superb job of ousting Handanovic as the greatest goalkeeper their country's ever had (sorry again, Samir).

A lack of tangible success and a comparable ineffectiveness with his feet finds Oblak just third on this list. In nearly any other year, ter Stegen​ would clean up any and every goalkeeping award no matter of their prestige. He represents the perfect modern goalkeeper - he's consistent, great on the ball, quick, and clutch in big situations.

Ranking him at second feels dirty, and if he were to actually win the award, few would have complaints.

However, there's clearly only one player that will win the award... Three out of three Golden Gloves​ picked up last year means you just can't look past Alisson as the first winner of the Yachine Trophy.

Winning them in the Premier League, Champions League and Copa America (also winning the latter two competitions), the Brazilian has provided a calmness to Liverpool's backline which would have been teetering on paranoia had Loris Karius remained in goal.

While only occasionally spectacular (see: Liverpool vs Napoli, 2018), Alisson is very rarely at fault for his club or country, while maintaining this consistency on winning sides. He is a worthy winner.