Neymar joined PSG in a controversial €222m move in 2017 that shattered the world transfer record, but his time in France has been blighted by injuries and frustration, while there were rumours about a return to Spain almost as soon as he had arrived. 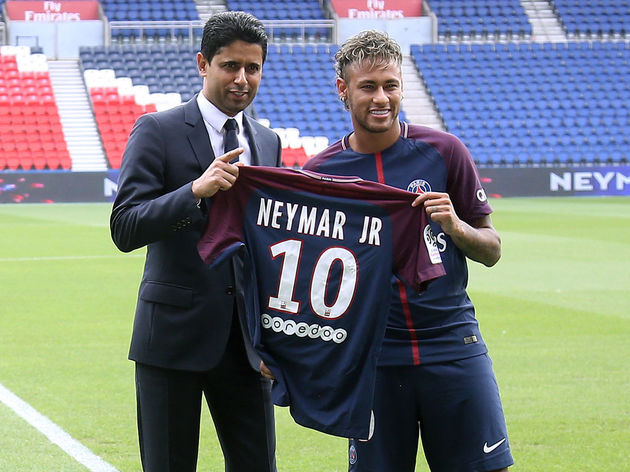 It all came to a head during the summer when it looked as though Barcelona were making an effort to try and bring Neymar back to Camp Nou. One theory, however, is that the Catalans were never truly serious about it because they knew the finances of the deal were impossible.

Neymar himself is alleged to have cried when he was eventually informed towards the end of August that his return to Barça would not be possible.

Two months on, the 27-year-old is adamant he is ‘100%’ committed to PSG and will perform as best he can while still targeting Champions League glory - the elusive dream in the French capital.

“I’m happy. I’m a player [for PSG], a professional and I’m going to give my best for Paris – 100% and I will try to help Paris win, especially the Champions League,” Neymar told Otro.

After his first appearance of the season was marked by boos from disgruntled PSG fans, Neymar has seen the hostility start to wane, even if his determination to leave is not all quite forgiven. He thinks that ‘love will come back’ as he settles back down into life in Paris.

“It’s normal, I understand what [the fans] are feeling,” he explained.

“I’m trying to understand what they are thinking, but I ask them to understand me too. When you’re not happy, whatever work you do, you try to leave, to work elsewhere, to change jobs. That’s what I wanted to do, but finally I stayed. As I said, I’ll do my best.

“It’s part of the relationship, we fight, then we make peace and love comes back.” It was reported earlier this month that Barcelona are having doubts about resurrecting their interest in Neymar. There are apparent concerns over his recent injury record, the detrimental impact his return could have on the development of Ansu Fati and the more pressing need for a new ‘number nine’ to ease the burden on and eventually replace an ageing Luis Suarez.

It makes a return to Camp Nou look less and less likely. Only time will tell whether Neymar’s attempts to now patch things up with PSG are a direct consequence of that.