​Always feels a bit disrespectful to call this the start of the 'FA Cup proper', doesn't it? There's a hell of a lot more teams in the qualifying rounds than there are now, in the *ahem* First Round Propah.

Anyway, the draw for the first round took place on Monday night, featuring two teams from the eighth tier of the English pyramid and one that won the UEFA Cup (quite) a few years back. Maldon & Tiptree are the lowest ranked of the 70 teams playing in the first round of the competition this season, and they'll be trucking it an hour up the A12 (well, west on the A12 at least) to face League Two's Leyton Orient.

Orient may have fallen on hard times of late, but they're back in the Football League and they've got a hell of a lot of history behind them – make no mistake, this is a champagne fixture for Maldon. 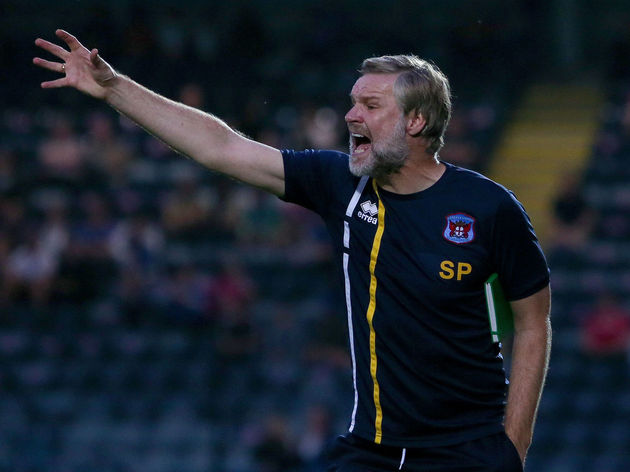 Football Twitter's favourite team are into the first round of the Cup for the first time since 1998, where they'll host League Two crisis club Carlisle, who sit just a small handful of points out of the artificially shrunk relegation zone. The second round isn't an unrealistic dream for the Hamlet, and they'll have a packed house for it.

Chichester City vs NOBODY

One team out of the 71 in the draw were going to get a bye through to the second round – and at odds of 71/1 (maths, that), it was the lowest ranked team in the draw. Chichester are in the eighth tier of English football, playing in the Isthmian League South East Division.

Not only will their second-round berth be the furthest they've ever gone in the competition, it comes with a more than handy £36,000 bonus. That's nice, isn't it?

Forest Green vs Sutton OR Billericay Never mind Forest Green – hippy-in-chief Dale Vince and his band of merry men have been up and in the first round for a couple of years now.

No, what we're looking at here is the two sides they could play, both with stacks of notoriety considering their non-league status. Sutton have FA Cup previous (Arsenal, Wayne Shaw, pies, you remember this) while Billericay are without combustable former owner/director/overlord Glenn Tamplin for the first time in about three years. Fun!

An automatic place in the first round of the Cup for the first time in Salford's history (which, yes, does stretch back before the Class of '92 shenanigans) and they've only gone and drawn a side who have won just one of their last five league games. Salford, meanwhile, have won...two of theirs. And lost the other three by a combined score of 10-1. Look, just play a drinking game where you take a gulp every time the cameras (there's no way this game's not being televised) cut away from the action to show a former Manchester United player. That might get you through the match, at least.

The Imps made it all the way to the third round of the Cup last season, and pushed Everton hard at Goodison Park to slide out with a respectable 2-1 defeat. Why does it matter that Lincoln can challenge good teams on the road? Well, Ipswich are the highest ranked team currently in the competition.

Of course, this is Lincoln without the Cowleys and their brutally efficient tactical nous. Is there a risk that makes Lincoln more beatable? Yes. Is there a chance it makes them better to watch? Also yes.