​Zinedine Zidane could be relieved of his duties as Real Madrid manager if his side lose their Champions League meeting with Galatasaray on Tuesday night, according to one report in Spain.

Los Blancos were handed their first La Liga defeat of the season as they were beaten 1-0 at Mallorca over the weekend - a result that saw them knocked off of top spot in Spain.

However, Real chiefs are most concerned with the club's performance in this year's Champions League, with Zidane's men taking just one point from their opening two group games. ​El Mundo report that the Frenchman has lost favour with his seniors at the Bernabeu as his players continue to flounder in the continental competition he so dominated in his first spell at the club.

​Madrid's 4-1 hammering at home to Ajax last season saw Santiago Solari axed as head coach, with Zidane returning to the club to replace him.

Though the former Madrid midfielder collected three consecutive ​Champions League titles during Zidane's first spell in charge of Real, he has failed to coax similar performances out of his players since rejoining in March.

El Mundo's report claims that a defeat on Tuesday night in Istanbul could be 'lethal' for Zidane.

The report adds that the names in the frame to replace Zidane should he be axed are, somewhat predictably, Max Allegri and Jose Mourinho. 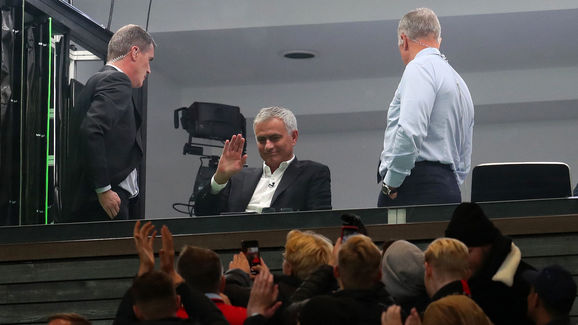 The latter is seemingly the first choice put forward by the report, with Mourinho named as a solution to 'lift the depressed atmosphere' in the dressing room.

It seems Los Blancos chiefs are not the only ones who are currently disillusioned, though, with Zidane himself appearing to have downed tools following the loss away to 15th-place Mallorca, the three points seeing