​Atlético Madrid will turn their attention back to the Champions League on Tuesday when they meet Bayer Leverkusen in the third round of group stage fixtures.

Los Rojiblancos are on track for qualification to the next round and currently sit level on points with group leaders Juventus, but one result can drastically change the outlook of the table at this early stage in the competition.

They will meet a Bayer Leverkusen side who are desperate to pick up their first points of the campaign, and Peter Bosz's men will certainly be up for a fight in this one.

Atlético will be without expensive wonderkid ​ The two sides have met six times in the past, and there often hasn't been much to separate them.

Atlético have won twice, Leverkusen have picked up one victory, but the two teams have drawn three times in the past – including their latest meeting, which ended goalless in the 2016/17 round of 16. Leverkusen's win came at the same stage back in 2014/15, when a second-half strike from ​Bundesliga

Atlético fans have been lest frustrated by their side's recent performances. Los Rojiblancos haven't been losing, but their run of four draws from their last five ​La Liga games is hardly the best momentum.

Last time out in the Champions League, Diego Simeone's side picked up an important 2-0 win over Lokomotiv Moscow, and they remain undefeated in Europe this season. While Atlético's form has been average at best, Leverkusen would kill for such form. They come into this game on the back of an inconsistent few weeks which has seen them struggle for consistency, with the recent 3-0 loss to Frankfurt the worst result of the bunch.

They have lost both ​Champions League games this season as well, so they need to pick up points soon or risk qualification becoming an impossible task.

Here's how each side has got on in their last five games.​

This is one of those games which has the potential to go so many different ways. Atlético could storm to a huge win and people would not be too surprised, but a bore draw or a Leverkusen victory would also not be much of a shock.

These are two good sides who can play some fantastic football, but neither have actually done so in the buildup to this game. Both are in underwhelming form, but you still feel as though Atlético should have enough about them to get over the line. 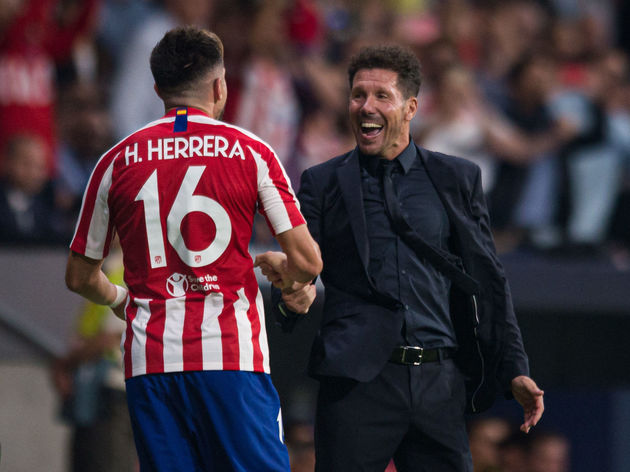 Scoring goals has been a real problem for Los Rojiblancos this season, but they will feel confident of being able to breach Leverkusen's leaky defence. A defensive masterclass from Simeone, coupled with some good fortune in attack, and the points should be Atlético's.