Ramsdale joined Bournemouth from Sheffield United in 2017 and has spent the last two seasons on loan at clubs in League Two and League One, but Cherries manager Eddie Howe has installed the England Under-21 player as first choice goalkeeper this season.

Ramsdale made his official Bournemouth debut on the opening day of the 2019/20 campaign against his former club and has kept his place, playing every game in the Premier League so far.

Last season, first team goalkeeping duties were shared by Artur Boruc and Asmir Begovic, the latter of whom has since joined Azerbaijani club Qarabag after losing his place.

“I’ve put in a lot of hard work on and off the pitch to get to this position,” Ramsdale told afcbTV.

“It’s been a relatively short space of time but I’ve have had two good, different loan spells and am now seeing the benefits of that hard work in the Premier League each week. 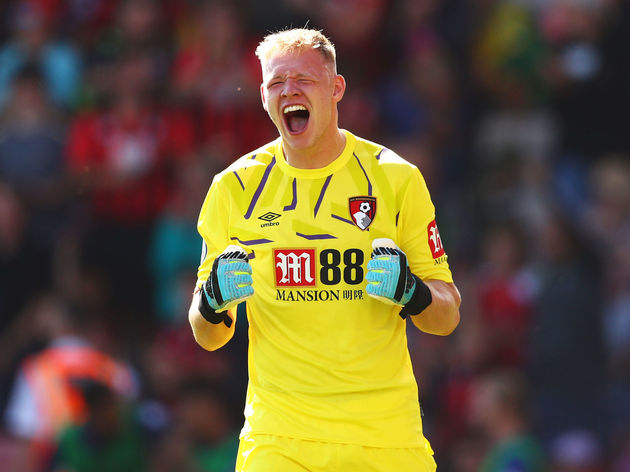 “We have a great goalkeeping department here, with the coaches and other goalkeepers, and we are always pushing each other to be the best we can be. That can only help us all and I’m over the moon to have signed a new contract.”

Howe commented on how ‘superbly’ Ramsdale has risen to the challenge of being a first team regular and playing every week, praising the young goalkeeper for how he has matured and developed over the course of the last year in particular.

Ramsdale kept a clean sheet against Norwich in his most recent outing, Bournemouth’s first in the Premier League this season. The Cherries remain in the top of the league standings, level of points with Tottenham, Burnley and West Ham.