​England right-back Kieran Trippier has admitted that leaving Tottenham to join Spanish side Atletico Madrid was an easy choice.

The 29-year-old joined Atleti in an initial £20m deal over the summer after a disappointing season at Spurs, despite their run to the Champions League final.

After leaving behind the Premier League for La Liga, Tripper admitted that the decision to join Diego Simeone's side was not a difficult one. "As a footballer you know when you need to move," he told ​Marca. "It was a good decision for me, but coming to ​Atletico was easy. I feel it's the best place for me to progress as a player, with the best coach to play under and learn from."

"I've seen for years that Atletico have the best defence and I wanted to be part of it. We work extremely hard in training to get results. I'm ready to learn and am hopeful for the future."

After two assists in his first eight games, Trippier is starting to draw comparisons with David Beckham in the Spanish press. As well as his offensive skills, Trippier has helped ensure that Atletico have conceded just five goals in nine games so far.

He believes that Simeone has played a key role in allowing him to add a defensive side to his game that many observers of his time at Spurs didn't know he had. 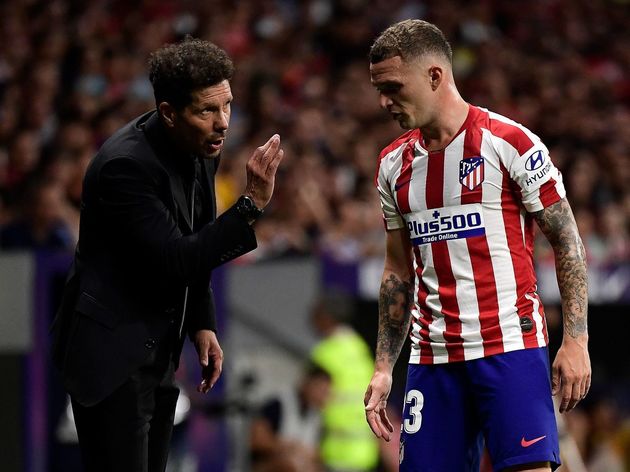 "It's all about training," he said. "As a player you want to adapt as quickly as possible and I think I've done that. I follow the instructions of the coaching staff and give 100% in every training session and match. I like improving and I think I'm at the best team to get better.

"With [Mauricio] Pochettino I worked very hard and it's the same here. I've always watched [Atletico] in the ​Champions League and in ​La Liga and I knew how they worked. I was in good shape when I came, I wanted to work, learn and try my best and that's all I can do."