Wolves striker Raul Jimenez put the ball in the net three times during his side’s 1-1 draw with Southampton on Saturday, but only one of the efforts actually counted in the end.

The Mexican had his first ruled out by the assistant referee when he used an arm to help control the ball as he rounded Saints goalkeeper Angus Gunn, while VAR got involved to chalk off the second when Patrick Cutrone was adjudged to be marginally offside in the build-up.

Wolves even went 1-0 down when Danny Ings capitalised on a defensive mishap, but Jimenez eventually did score for real when he calmly converted from the penalty spot. Marcus Rashford showed up in a big way for Manchester United this weekend, having looked to be suffering under the weight of the burden of being the club’s primary forward this season, but Jack Grealish put in another fine show for Aston Villa.

A 2-1 win over Brighton backed up the 5-1 annihilation of Norwich before the international break and moved Villa further away from danger. If they are to avoid an immediate return to the Championship, a huge part of it will be down to captain Grealish.

He won the ball back in a dangerous area for a goal that ruled out by VAR, scored the equaliser himself, set up other chances for his team to take the lead and set up Matt Targett’s late winner. VAR shouldn’t create drama, but if a goal is allowed/disallowed by use of the technology then it automatically becomes the focus point – no matter how accurate it may or may not have been.

Liverpool felt aggrieved that Manchester United’s goal in Sunday’s 1-1 draw was allowed to stand after review when the Premier League leaders felt Divock Origi had been fouled in the build up to Marcus Rashford finding the net.

A small knock to the calf saw the Belgian fly forward onto the floor. It was reviewed, but the debate around whether it was or wasn’t a foul should make it clear that the decision didn't meet the oft-cited 'clear and obvious error' threshold. Unless it is beyond impossible to deny, the original decision from the referee will tend to stand in those situations.

Sadio Mane later had a goal ruled out by VAR because the officials missed the ball striking his hand and altering its course, which is what enabled him to find the net. 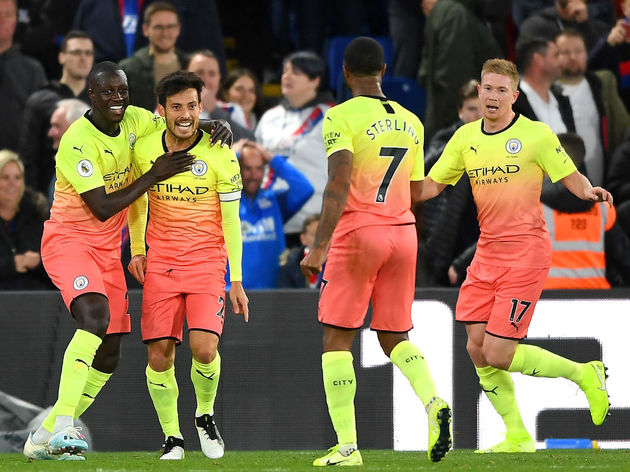 It is sometimes difficult to beat simplicity, especially when it is a difficult skill made to look deceptively easy by an exceptional player. This is what defined the chipped pass from Raheem Sterling to set up David Silva for Manchester City’s second goal on Saturday evening.

The England winger just lifted the ball over the defender in front of him, with his teammate gladly sweeping the ball into the name to sew up three important points after a defeat. Four consecutive defeats prior to the international break had seen Everton slip into the Premier League relegation zone, so a win was absolutely vital when West Ham visited on Saturday.

The role that goalkeeper Jordan Pickford played in the eventual 2-0 victory was huge, making a vital close range save to stop Angelo Ogbonna from equalising when the score was still 1-0.

The England number could do little but stay big and make sure he got something in the way of the ball, which cannoned off his chest and was then cleared to safety.

The save kept the Toffees in the lead at a crucial time and paved the way for a win. 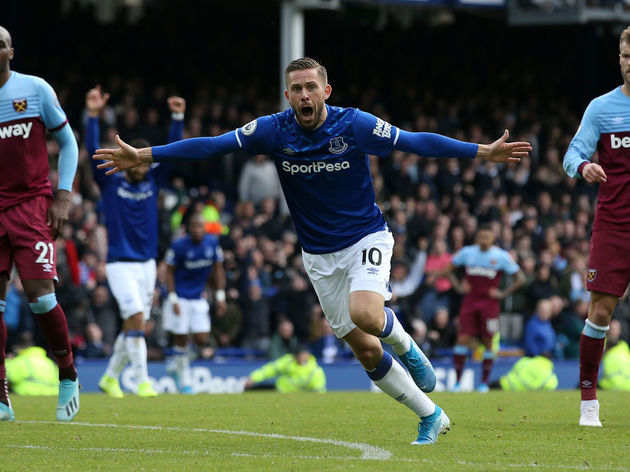 With Everton leading, substitute Gylfi Sigurdsson made sure of the win in stoppage time by unleashing a superb bending effort from outside the penalty area that flew into the top corner and gave West Ham goalkeeper Roberto no chance.

That kind of goal is kind of the Icelandic’s trademark and was a fine way to cap off an important day at Goodison Park that kept the wolves from the door.