​On the surface of things, the career progression of Liverpool's Joe Gomez appears to be going rather swimmingly.

The 22-year-old defender has already clocked up 72 appearances for the first team, won seven senior England caps as well as picking up a shiny Champions League winner's medal last season.

Not too shabby at all, you'd be forgiven for thinking. However, dig a little deeper and Gomez's pathway to a bright and heralded future appears to be less straightforward than it seems. Injuries have never been kind to him and struck last season when he was enjoying some very good form.

This roadblock in the youngster's progression is arguably the biggest challenge he's faced since he arrived at the club back in 2015. Whether he can recover from this turbulence will be an interesting footnote in Liverpool's season and could go someway into shaping the youngster's onward career. There is no denying Gomez's defensive abilities. The 22-year-old has a 75% tackle success rate in the Premier League and has not contributed a single error leading to a goal since making his debut away at Stoke City back in the 2015/16 season.

What makes his stats and overall solidity more impressive is that he has not always played in his preferred position as a central defender. Under Brendan Rodgers and then Jurgen Klopp, the former Charlton Athletic man had to cut his teeth out at full back.

It was obvious though, even during those apprentice years at left and right back, that Liverpool had been very shrewd in bagging the youngster for just £3.5m.

An acute reader of the game for one so young and a disciple in the high art of defending, Gomez was a breath of fresh air to a beleaguered fan base that continuously observed a myriad of hapless, sloppy and dimwitted defenders.

From Glen Johnson to Now facing an indefinite spell on the bench and appearing to fall behind Micheal Keane and Tyrone Mings in the England national team, it remains to be seen whether Gomez has lost a step or whether he can recover and find his impressive best form.

​Leicester City, it is clear that Gomez must now make do with his role as squad player.

That poor showing at home to Red Bull Salzburg in the Champions League will be a concern for Liverpool fans but it is not a fatal indictment of the 22-year-old's prospects. He is a versatile and valued member of a very gifted side and has a manager who clearly believes in him.

Klopp has always spoken fondly Gomez. Last season, the German left nothing to interpretation as he sung his player's praises, quipping: " 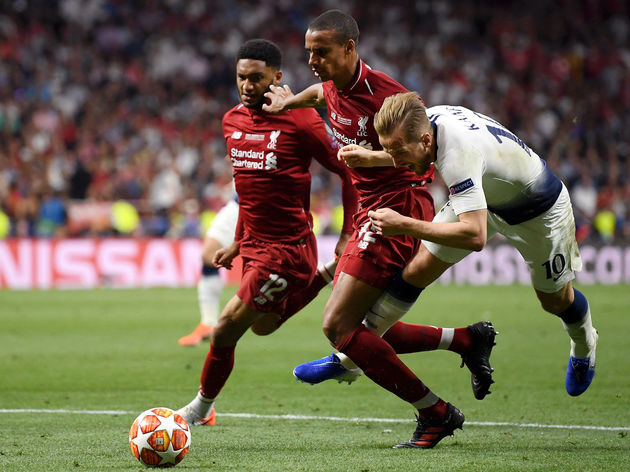 He has already shown tremendous courage and mental strength to recover from three very serious injuries already in his career, and he must now draw on that and remain focused when the opportunity comes his way.