​We played witness to another engrossing Saturday of Premier League action, as Tottenham's struggles showed no signs of letting up against Watford, while Chelsea continued their resurgence under Frank Lampard with a deserved victory over Newcastle.

Elsewhere, Norwich left the south coast with a hard-fought 0-0 draw against Bournemouth, and it was honours even for Southampton too as they earned a 1-1 draw from their trip to Wolves.

Aston Villa earned back-to-back league victories with a 2-1 scalp over Brighton, while Brendan Rodgers' Leicester maintained their fine form with a narrow 2-1 victory over Burnley.

Here are ten of the best statistical tidbits from across Saturday's action courtesy of our friends at Opta. Its not been a great year for the ​Seagulls.

Despite seeing off Spurs with a thumping 3-0 victory in their last league encounter, the defeat to Villa on Saturday ensured they have the worst record of any side in the division across 2019.

The 2-1 loss was their 15th of the calendar year. Something needs to change, because that form is a one-way ticket on an express train to the second tier. 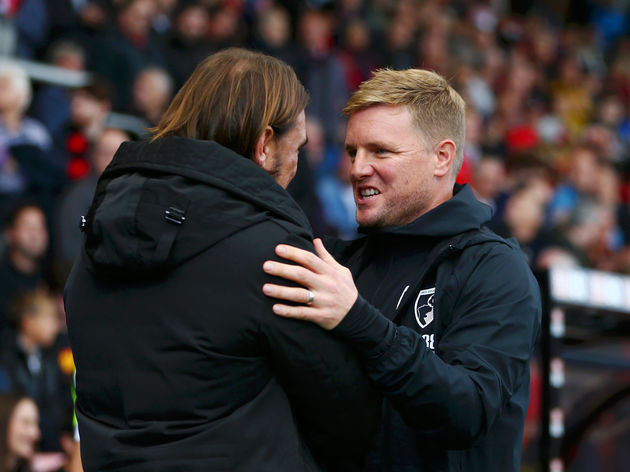 It may not have been the most exciting game for the neutral, but both Eddie Howe and Daniel Farke will have cherished the defensive performances from their respective sides in ​Bournemouth's stalemate with ​Norwich.

In claiming clean sheets, the two clubs recorded their first shutouts of the season, and were the final two sides of the 20 involved to not concede a goal in a match so far this campaign.

Positives to take, I suppose. Of all the sides ​Chelsea have faced in the Premier League, they've never won more matches at home than they have against the Magpies, with Saturday's 1-0 their 18th against Steve Bruce's men. Furthermore,

The last time they won there? A certain Papiss Cisse was involved, if that rings any nostalgic bells. You'd have to go back to May 2012 to find the last time a teenager recorded five or more chances created for Chelsea in a single Premier League match, when Romelu Lukaku did so against Blackburn.

Earning himself an England call-up and now back fully fit following an injury lay-off, Hudson-Odoi showcased his fine ability with a superb showing against a resolute Magpies defence on Saturday, creating five opportunities for his teammates and setting up Marcos Alonso for the all-important winner.

The kid's got everything. Under the tutelage of previous manager Claude Puel, ​Leicester struggled for consistency, with that trait ultimately becoming the final nail in the coffin that had the Frenchman sacked.

No such concerns remain under new manager Brendan Rodgers, who has now won 21 of his last 24 home matches in charge of both Celtic and the Foxes after Saturday's 2-1 win - losing just once in that run.

A Match Made in the Midlands Some players excel under the right circumstances. In the case of ​Jamie Vardy, a Northern Irishman appears to be his perfect match after his immense scoring rate under the 46-year-old manager continued on Saturday.

When Will it Get Better? Dele Alli's late goal against Watford salvaged a point for Mauricio Pochettino's side in controversial fashion, but that late draw has done nothing to avert a dreadful run of form for last season's Champions League finalists.

​Spurs have now won just three of their last 12 Premier League games - losing five - and kept just one clean sheet across those clashes.

​If only they had a Saturday home game against the league's bottom club to stop the rot? It at first it seemed like just a poor start to the season, now its looking rather bleak for ​Hornets Of his 25 goals scored in the Premier League, all 25 of them have come from inside the penalty box, including his 11 to date for Ralph Hasenhuttl's side. A January move to King Power Stadium, maybe?