Borussia Dortmund director of sport Michael Zorc has revealed the club had little option but to suspend Jadon Sancho for their 1-0 victory over Borussia Monchengladbach on Saturday.

Sancho was omitted from Dortmund's squad on Saturday entirely, believed to be punishment for the winger's late return from international duty, but BVB managed to secure the victory without their wonderkid thanks to Marco Reus' strike.

Sancho wasn't even named on the bench for the game, and Favre told German media beforehand that the 19-year-old had been dropped as a disciplinary measure.

He said, as quoted by ​ESPN: "We have a responsibility for the club and, in this case, also for the hygiene of the squad.

Dortmund's next game is in the Champions League against Inter at San Siro, and Zorc has anticipated that the former Manchester City academy player should return to the squad for that game.

He added: "And therefore the decision was without an alternative. [Sancho] trained alone today [Saturday] and we'd like to think he'll be back against ​Inter."

"Jadon is a great kid, but he is still very young. The decision was not easy, but there was no other choice. The suspension is only active for today." pic.twitter.com/rPS4ba3fVb

Sancho had started the Bundesliga season strongly, continuing his form from last season. He has scored three goals and assisted a further seven in the opening six games.

Favre dropped the English starlet before the international break for the 2-2 draw against Freiburg. Sancho then struggled to make an impact for England during their two games against the Czech Republic and Bulgaria.

Zorc's comments seem to suggest that Dortmund are trying to nurture the youngster into a more rounded individual as well as player. The suspension isn't too much of a big deal and Zorc's professionalism seems to have served him well. 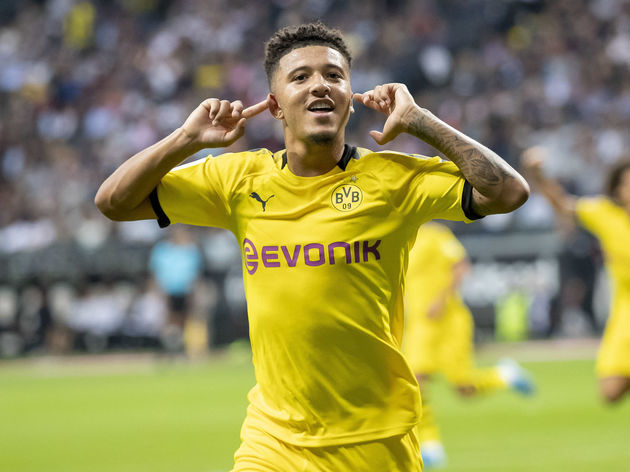 Much has been speculated about Sancho's future at Borussia Dortmund as he attracts attention from top clubs around Europe.