Bayern Munich striker Robert Lewandowski has added another goalscoring record to his repertoire after his 14th minute strike against Augsburg on Saturday.

Die Roten fell behind to Augsburg after only 28 seconds, but their talisman Lewandowski was on hand to tuck away a cross from Serge Gnabry soon after to level the scores. 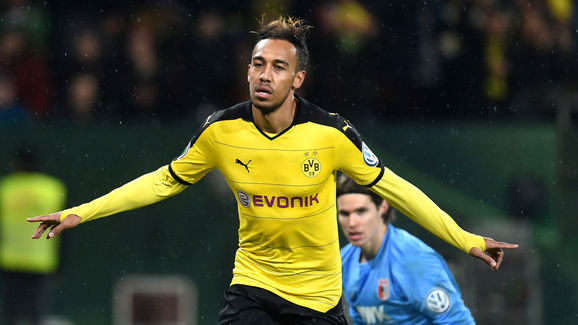 Lewandowski has now scored 12 goals in the league this season and sits well clear at the top of the ​Bundesliga's goalscoring charts, averaging a goal every 58 minutes.

Not only does this mean Lewandowski sits tied with Aubameyang, but it means that the Bayern man will have the opportunity to become the first player in Bundesliga history to score in nine consecutive games.

Bayern host 14th placed Union Berlin in their next Bundesliga game, and you wouldn't bet against Lewandowski scoring to break the record and place himself in the record books.

Although his personal form has been as imperious as ever, Bayern sit only third in the table following the ​2-2 away draw at Augsburg. They led for a good portion of the second half before Alfred Finnbogason scored in stoppage time to grab a point for the hosts.

Bayern's, and Lewandowski's, attention now turns to the ​Champions League as they travel to Greece to play Olympiacos looking to continue their perfect form in the competition.

They have won their first two games with an aggregate score of 10-2, and Lewandowski has translated his Bundesliga form to Europe, by scoring three in two games.

There is no doubt that he will have an eye on the following Bundesliga fixture, however, where he has the chance to take the record outright and cement his legacy as one of the most clinical strikers in Bundesliga history.