Leicester 2-1 Burnley: Report, Ratings & Reaction as Fighting Foxes Come Back to Move Up to Second

Leicester moved up to second in the Premier League on Saturday afternoon as they beat Burnley 2-1 at the King Power Stadium.

While the Foxes were on top in the early stages, it was the visitors who took the lead through Chris Wood. The Clarets striker rose highest to meet Dwight McNeil's wonderful cross, powering it past Kasper Schmeichel to put the visitors​ in front after just under half an hour.

Leicester drew level right on the brink of half time, as Jamie Vardy took his chance to get on the scoresheet. Harvey Barnes picked up the ball out wide and delivered a looping cross into the box, as Vardy sprung above the Burnley defence to head home and level it up.

The Foxes improved in the second half, but didn't manage to create any clear-cut chances. Their patience was finally rewarded with 16 minutes to go, as Youri Tielemans kept his cool and smashed his effort into the roof of the net to put Leicester in control.

Burnley thought they had equalised just minutes later, as Wood scrambled the ball into the net. However, VAR controversially ruled the goal out, with Wood deemed to have tripped up Jonny Evans as he tried to recover and clear the ball. 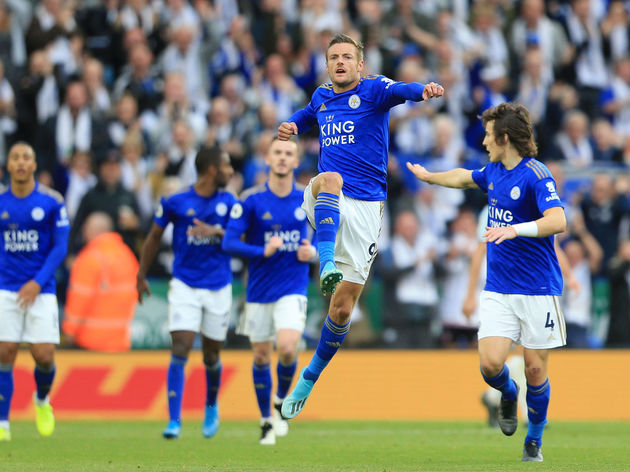 While ​Leicester started the game with more of the ball, there seemed to be little urgency in the first half. They were wasteful with the few chances they had and didn't do anything with their possession, which cost them when they went behind within half an hour.

Despite going behind, it was exactly what Leicester needed to wake up and put up a fight. Vardy's excellent equaliser started the fight back and the Foxes came into the second half with the right momentum and confidence, as a much improved second half performance saw them deservedly take all three points.

Their first half was poor, but their performance after the break deserved nothing less as Leicester secured a huge win. It capped off a perfect afternoon, as they moved into second on the day they marked the one year anniversary of former chairman Vichai Srivaddhanaprabha's passing.

STAR PLAYER - While Vardy's goal kickstarted the comeback, Youri Tielemans was Leicester's star man on Saturday. He was everywhere, orchestrating every Foxes move with his clean passing and moving, capping off a great display with the match-winning goal.

All those who rave about Winks.... Watch Tielemans. Now that is a young, quality centre mid. 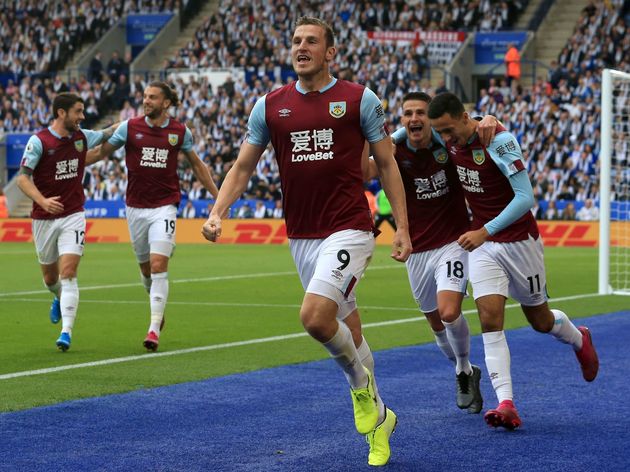 ​Burnley were eager to get a big win on the road, and they started as they meant to go on with a wonderfully worked goal finished off by Wood. However, from then on it didn't get any better for the Clarets, as they couldn't build on their lead and were punished before the break.

While they were still in with a chance at half time, Burnley were outclassed in the second half and couldn't get close to Leicester's goal. The hosts got their deserved second in the late stages of the game, while Sean Dyche's side will feel hard done with their disallowed equaliser late on.

Burnley may argue they deserved the point, but the second half performance wasn't enough from the Clarets to get something from the game. They will be frustrated not to leave the Midlands with any points, as they must pick themselves up and look at how they let their lead slip.

STAR PLAYER - Burnley didn't have their best defensive performance, but Wood had a very good game. He scored a brilliant goal in the first half to give the Clarets an advantage, and was unlucky not to get a second late on in a determined display where he threatened the Foxes defence all day long. Leicester only have six days before their next game, as they travel down to ​Southampton next Friday. The Foxes then have another away day in the Carabao Cup, where they meet League One side Burton Albion on 29 October.

Burnley return to Turf Moor next weekend to face tough opposition, hosting ​Chelsea next Saturday. The Clarets are then back on the road on 2 November, facing ​Sheffield United at Bramall Lane.