FIFA have published the viewing figures from this summer's Women's World Cup, with the final findings revealing that more than a billion people tuned into the competition.

In a comprehensive audit of the audience data compiled by Publicis Sport & Entertainment (PSE), as posted on FIFA's official website, it emerged that the figures had well exceeded the one billion mark, making it one of the most popular sporting events in the world. 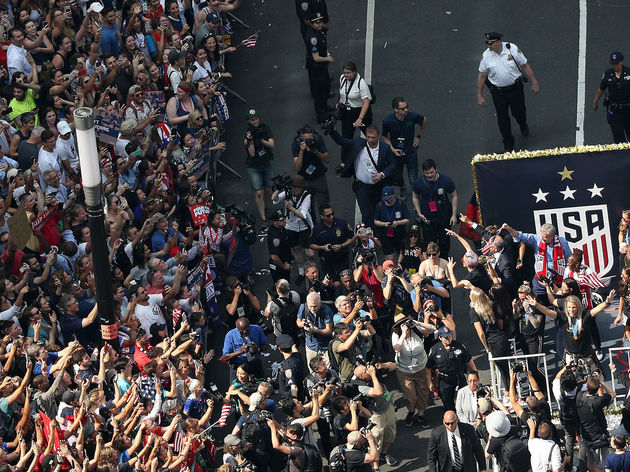 A statement on the site read: "A combined 1.12 billion viewers tuned into official broadcast coverage of the FIFA Women’s World Cup 2019 across all platforms – a record audience for the competition."

This was mainly comprised of TV viewers, as they went onto explain: "Linear TV accounted for the majority of the global audience, with 993.5 million viewers watching at least one minute of coverage on a TV set at home, an increase of 30% on the audience for the 2015 edition held in Canada, which reached 764 million.

"An estimated 481.5 million people accessed coverage of France 2019 on digital platforms, equivalent to 43 per cent of the total audience reach. The digital audience, which overlaps with the linear TV audience, was up considerably on the estimated 86 million in 2015."

Speaking upon the announcement, FIFA President Gianni Infantino said: “More than a sporting event, the FIFA Women’s World Cup 2019 was a cultural phenomenon attracting more media attention than ever before and providing a platform for women’s football to flourish in the spotlight."

Alluding to the impressive figures, he added: "The fact that we broke the 1 billion target just shows the pulling power of the women’s game and the fact that, if we promote and broadcast world-class football widely, whether it’s played by men or women, the fans will always want to watch."