​This weekend sees the return of the Premier League, with Tottenham and Watford both desperate to get some points on the board.

Having become a force to be reckoned with since Mauricio Pochettino's arrival in 2014, Spurs are going through a rare rocky period. Their final game before the international break saw them slump to a dismal 3-0 loss away at Brighton, and they will want to bounce back here. For all of Tottenham's problems, Watford would gladly switch places with their opponents in a heartbeat. The Hornets finished last season in mid-table and had a fine run to the FA Cup final before being trounced by Manchester City at Wembley.

However, their start to this season has been disastrous, with the team failing to win any of their first eight league games, whilst they are already onto their second manager of the season as after Quique Sanchez Flores returned to replace Javi Gracia.

Here is 90min's preview ahead of this weekend's important clash. ​Tottenham captain Hugo Lloris dislocated his elbow in the club's final game before the international break and will not feature again until 2020. Christian Eriksen

However, there is some positive news for the hosts, with Giovani Lo Celso and Ryan Sessegnon returning to full training this week. Lo Celso has failed to start a game yet this season and has been out since mid-September with a hip problem, whereas Sessegnon has not even made the squad since his summer move from Fulham due to an ongoing hamstring issue.

Pochettino did admit that the pair are unlikely to start for a few more weeks, but don't be surprised to see them make an appearance from the bench.

Watford will have to make do without Troy Deeney once more, with manager Quique Sanchez Flores confirming that he is still around a month away from getting back out on the pitch following a knee injury. The experienced forward will be joined on the sidelines by former Spurs midfielder Etienne Capoue. The 31-year-old is unavailable due to a back complaint, but could be back in contention for next week's match with ​Bournemouth. 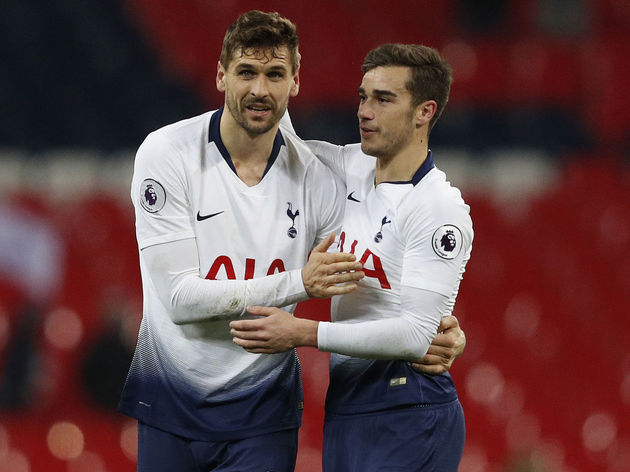 Tottenham hold the upper hand in this fixture by a considerable margin, having won 31 of the previous 48 games that these two sides have played. Watford have only won on eight occasions, and just once since the turn of the century.

However, the visitors can take some confidence from the fact that their first win over Spurs in any competition since 1994 came last season. Watford battled back from a goal down to win 2-1 through goals from Deeney and Craig Cathcart.

Spurs got their revenge later in the season though, producing their own comeback win with Fernando Llorente scoring the crucial goal in a 2-1 victory. The mood at Tottenham has changed for the worse in recent weeks, and it is not difficult to see why. Last season's ​Champions League finalists have already been dumped out of the Carabao Cup by Colchester, whilst they have also picked up just one point from their opening two European games, being thumped 7-2 by ​Bayern Munich in the process.

Three defeats in their first eight league games represents a poor start to the campaign, with some questioning if Pochettino has taken the club as far as they can go.

Watford's form has been even worse, losing five league games already and conceding 20 goals - only ​Norwich have shipped more in the top-flight so far this season.

They are also having trouble at the other end of the pitch, netting just four times in eight matches.

Here is how the two sides have fared in their last five fixtures. Tottenham's home form has been patchy so far this season. They have seen off ​Aston Villa, ​Crystal Palace and ​Southampton, but lost to ​Newcastle and were thrashed by Bayern Munich

Meanwhile, Watford have not won on the road since April so will hardly be entering this game full of confidence.

Expect Tottenham to struggle to break their opponents down for lengthy periods, with the crowd growing frustrated at times, but in the end Pochettino's men should have enough to get the win here.