UEFA have fined Liverpool €10,000 for their part in the 'field invasion by supporters' during the Champions League clash against Red Bull Salzburg at Anfield earlier this month.

Several fans were seen racing onto the Anfield turf following the Reds 4-3 victory over the Austrian outfit on October 2nd, and UEFA's Control, Ethics and Disciplinary Body have found the club to be in contempt of their regulations.

In an official statement on their website, UEFA explained that, following the breach of Article 16 (2) in the UEFA Disciplinary Regulations 'Field invasion by supporters', the club would be ordered to pay £10k for their misdeeds.

Meanwhile, Salzburg were not in the clear either, with Jesse Marsch's side hit with a fine of €3,250 for the 'throwing of objects' by their fans during the encounter, which is also a breach of Article 16 (2) of the handbook.

This same charge was levelled at ​Liverpool's Premier League title rivals Manchester City for acts from their fans during the 2-0 win over Dynamo Zagreb, with the Citizens hit with an even heftier €15,750 sum for their part in the matter.

This was not as much as the €20,000 the Croatian side were fined for their nefarious activities, which included the throwing of objects as well as 'acts of damages' at the Etihad Stadium.

But all this pales in comparison to Ajax's fines. 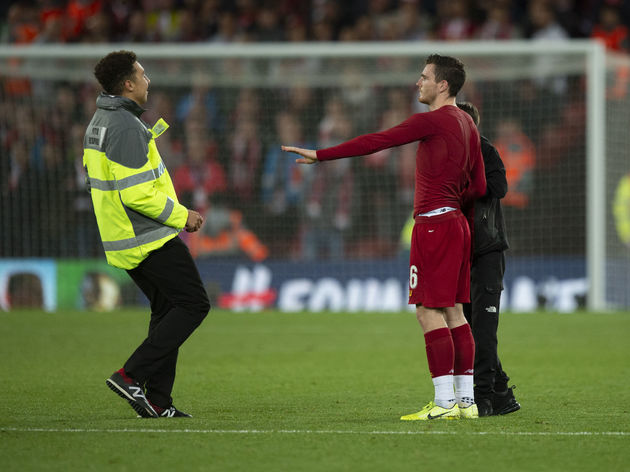 In total, Ajax have been fined €68,000 for two infractions on and off the field, including 'acts of damages and crowd disturbances' in the terraces and 'improper conduct' for their behaviour on the turf, in which six players received yellow cards in the 3-0 win over Valencia at the Mestalla.

In addition, they've also been banned from selling tickets to fans for their next European away game against Chelsea at Stamford Bridge, who they host before then in the Dutch capital on October 23rd.