In what will come as a surprise to some supporters, Crystal Palace have announced that striker Christian Benteke and defender James Tomkins have both penned fresh deals with the club.

The new contracts will keep them at Selhurst Park until June 2021 and June 2022 respectively.

Both players joined the Eagles in 2016, and have gone on to become loyal supporters of the cause in south London.

✍️ James Tomkins and Christian Benteke have both signed contract extensions with the club!#CPFC

The news was announced on the clubn's official website on Thursday afternoon, with a statement reading: "Crystal Palace are delighted to confirm that James Tomkins and Christian Benteke have agreed new deals with the club.

Speaking upon the announcement, club chairman Steve Parish said: “I’m pleased that agreements have been reached with these two important senior players. Both James and Christian bring vast Premier League experience, commitment and professionalism to the squad.

"These new deals show that we recognise their levels of performance in recent seasons, that we believe in both players, and that they are hugely motivated by the direction the club is heading.”

Tomkins echoed his chairman's thoughts, declaring: “I’m now in my fourth season and I’ve really enjoyed my time at Palace. I’m excited about the future here and didn’t hesitate to commit myself to the club for an additional two years. 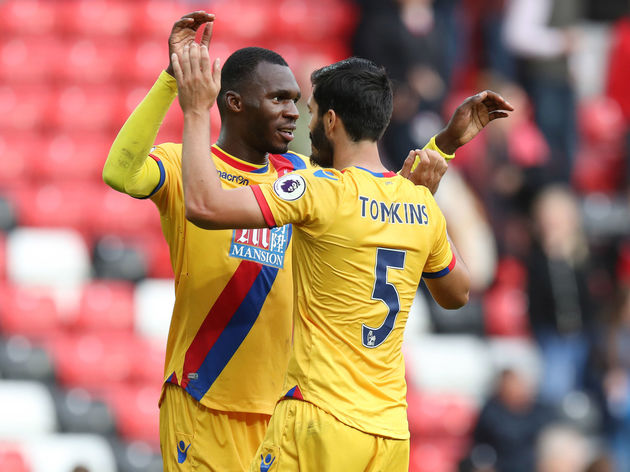 "It’s been great to be part of this team and to have the support of the chairman, manager and staff. A special thanks to our fans who made me feel welcome from the start and are so important to us.”

Meanwhile, Benteke said: “I am very happy to have reached an agreement to extend my contract with Palace for another year. The team have started the season really well and there is a lot to be positive about. I am more committed than ever to repaying the faith that the chairman, manager and our amazing fans have shown in me.”