Manchester United vs Liverpool, a fierce and engrossing rivalry ​between England's two most successful clubs.

The Red Devils have had a torrid start to the new season, winning just twice in eight matches and, as a result, finding themselves sat two points above the relegation spaces. In stark contrast, their bitter rivals have been in scintillating form, sitting pretty atop the Premier League table and have already opened up an eight-point lead over second-placed Manchester City.

Us and Them. History, culture and football.

As a result of these polar opposite starts to the campaign, many have predicted Jurgen Klopp's men to blow the home side away with their firepower in a potentially embarrassing encounter for Ole Gunnar Solskjaer's side. With this in mind, here's a look back at some of the most one-sided clashes between the two. The year is 1990 and this Division League One match is being played out in front of 35,000 fans at Anfield. Feeling old, mate?

​Liverpool extended their lead at the top of the table with a win thanks to a hat-trick from Peter Beardsley and a John Barnes strike. Beardsley had a day to remember, as he provided two cool finishes before latching onto a through ball and producing a sensational chip to seal his third.

This thumping defeat for the Red Devils saw them slip to sixth place in the table, the same position they ended up finishing at the end of the campaign. 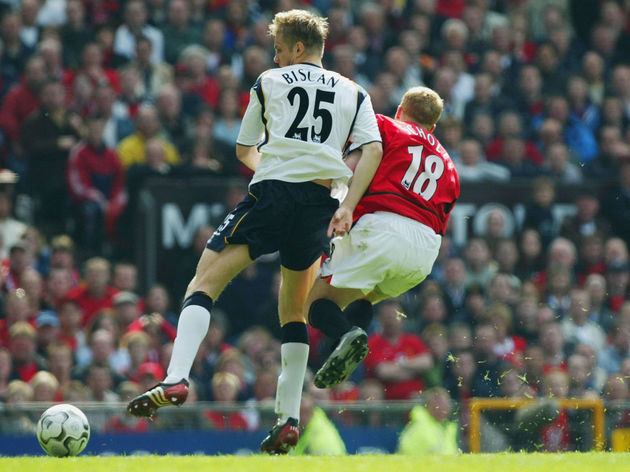 ​Liverpool made a shocking start to this encounter, as

He had the chance to bag his hat-trick but instead it was Ryan Giggs who was the man to get the all-important finishing touch to make it 3-0. The fourth? Current manager Ole Gunnar Solskjaer bagged it to put the icing on the cake for the Red Devils. This encounter took a while to ignite, with neither side able to break the deadlock in the opening half an hour, but it was the hosts who were controlling the game. Wayne Rooney's cross found Wes Brown, who was able to nod home and give his side the lead. With seconds left before half time, Javier Mascherano saw red for a second bookable defence.

It was an uphill task from there for Rafa Benitez's men, who were unable to turn the tide in their favour.

​Manchester United came out and dominated the second half, adding a second and third through Cristiano Ronaldo and Nani respectively. Sir Alex Ferguson's side saw 67% of the ball and had ten shots on target, while the away side were only able to manage the solitary shot on goal. A long old afternoon for Rafa Benitez's men. Liverpool put in a masterful display to come away with four goals and three points from Old Trafford in 2009. It all started so well for United, with ​Cristiano Ronaldo giving the hosts the lead on 23 minutes from the spot, but Fernando Torres equalised after capitalising on a defensive mistake by Nemanja Vidic.

A Steven Gerrard penalty and a Fabio Aurelio free-kick had the Reds in cruise control, with Vidic also being sent off in the process. To cap off a miserable afternoon for Fergie and his men, Andrea Dossena came on to add an outrageous fourth. 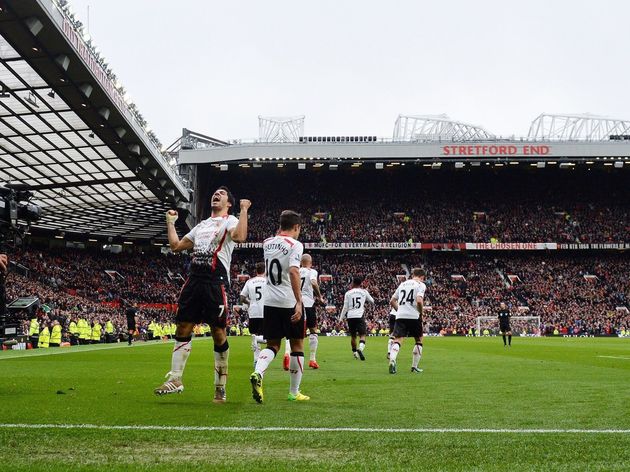 In the midst of their strongest title challenge since the last time they swept up at Old Trafford, Brendan Rodgers' Liverpool steamrolled their way to victory in the 2013/14 season. Two Steven Gerrard penalties gave them a commanding lead, before Luis Suarez added a late third.

However, it could have been much worse for David Moyes' side as Gerrard missed a third spot-kick, after Vidic fouled Daniel Sturridge and saw red for it. Overall, the away side managed 18 shots and could have scored many more than the three they did manage, whereas ​United managed just the one shot on target.

At this stage the season prior, United were 29 points ahead of their rivals, but following Liverpool's humiliation of Moyes' boys, the Reds opened up a 14-point lead over the Red Devils. 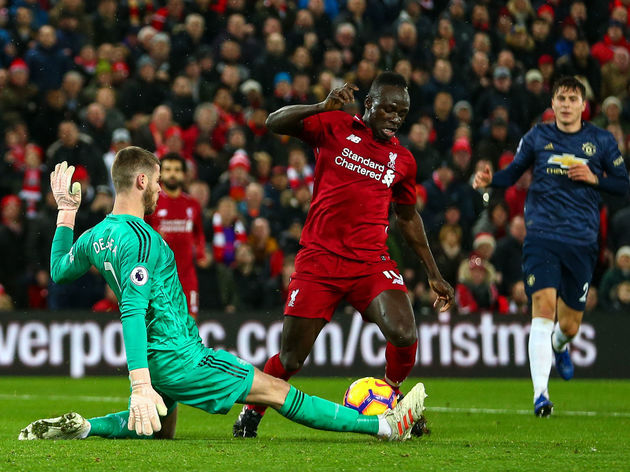 Jose Mourinho very nearly masterminded one of the greatest smash-and-grabs you are likely to see. A lethal Liverpool took on a tame United at Anfield and the plan, as far as Mourinho was concerned, was simple: be organised in defence and look to get forward whenever necessary.

The plan worked for the opening 20 minutes before ​Sadio Mane lashed home to give his side the lead. Somehow, ​Jesse Lingard equalised in a rare attack for United and suddenly, they had something to hold onto.

Wave after wave of pressure, shot after shot, the Reds couldn't find a way through. However, super sub Xherdan Shaqiri came on to bag a late quick-fire double to ensure the points remained on Merseyside. 36 shots later, Klopp and his team had earned a well-deserved three points.

Less than 24 hours later, Mourinho was sacked by United, and will be in the studio as a pundit on Sky Sports when these two go toe-to-toe again this weekend.