Williams, who only recently celebrated his 19th birthday and been with United since the age of seven, made his first senior appearance in the Carabao Cup against Rochdale earlier this month and was handed his full debut against AZ Alkmaar in the Europa League the following week. 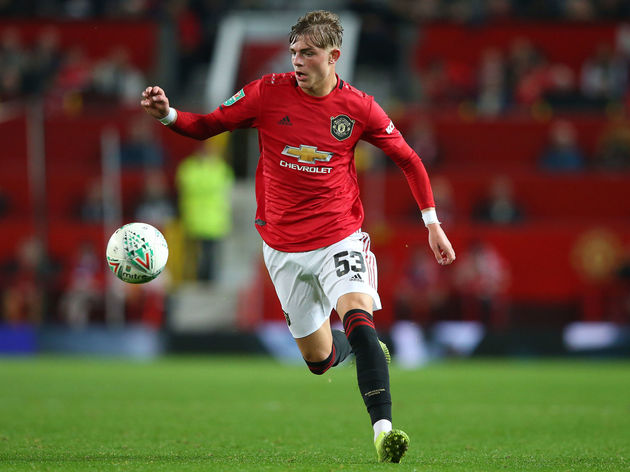 The teenager impressed in both of those outings and been tipped to become an increasingly familiar part of the first-team squad over the coming months and years.

Williams has ​officially put pen to paper on the deal that promises to keep him at Old Trafford until the summer of 2022, with the option of a further 12 months

“He’s got no fear,” manager Ole Gunnar Solskjaer told MUTV after the AZ game. “He’s brave, he wants the ball, he takes people on, he tackles, he’s physical.”

Williams was playing for United at Under-18 level last season when he was a surprise inclusion – even to himself, Solskjaer revealed at the time – in the travelling squad for last season’s historic Champions League last 16 second leg against Paris Saint-Germain.

The versatile full-back made the step up to Under-23 level in summer and has even been regularly captaining the club’s second string, despite it being his first year at the higher level.

Williams is also making promising strides at international level for England’s Under-20 side, where has been playing alongside clubmate Angel Gomes. Both United talents started each of the junior England team’s fixtures during the October international break.

United's first choice left-back Luke Shaw has missed most of the season so far as a result of injury and may have competition from Williams when he returns to fitness. Ashley Young and even Axel Tuanzebe have also played in the position so far in 2019/20.