​It is the battle of the Borussias on Saturday afternoon, as misfiring Dortmund host their high-flying namesakes from Mönchengladbach at the Westfalenstadion.

Lucien Favre's BVB currently languish in eighth place with 12 points, and the former Monaco manager will be hoping his side can pick up three points following three successive Bundesliga draws, the last of which came in a 2-2 result away to SC Freiburg 5th October.

On the contrary, table-topping Borussia Mönchengladbach are off to a fantastic start in the 2019/20 domestic campaign with 16 points, five wins, one draw and a single defeat in their seven games so far, despite a significant number of first team absentees.

Despite a slow start to the Bundesliga season, Dortmund could end the week in second place on 15 points if the weekend's results go their way, although stopping an in-form Fohlen side is easier said than done.

Borussia Dortmund will assess Nico Schulz (foot injury) ahead of Saturday's clash, whilst BVB top goalscorer Paco Alcacer (Achilles) will no doubt be a huge miss. Saturday's game will come a bit too prematurely for right-back Lukas Piszczek as he recovers from a torn muscle fibre sustained against Freiburg last time out. 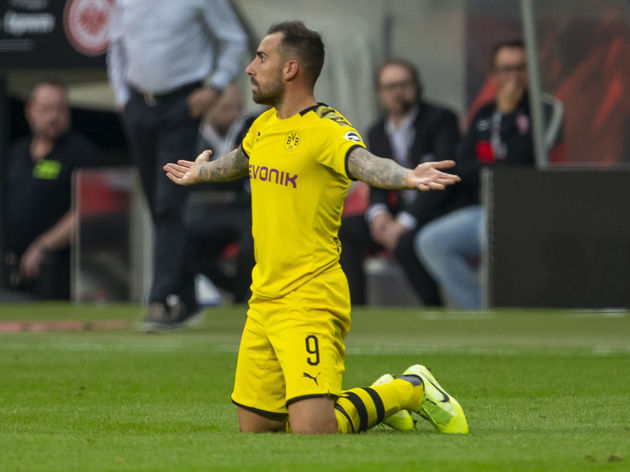 As both are mainstays in the Bundesliga, this will be the 17th time both teams have faced off in the league since 2011, with Dortmund winning the previous eight games by a cumulative score of 25-6. Moreover, there has not been a draw between the two sides in 13 previous meetings (much to the delight of Favre), with three of the last five encounters featuring over 2.5 goals each.

The last meeting was held at Mönchengladbach's Borussia-Park, where the game ended 2-0 in favour of Dortmund, with Marco Reus and Jadon Sancho getting their names on the scoresheet.

The hosts have drawn in their three Bundesliga games against Freiburg, Werder Bremen and Eintracht Frankfurt respectively, despite scoring two goals in each game.

Despite Alcacer being the Black and Yellows' top scorer in the league with five goals, it is Achraf Hakimi who has been delivering lately, with three goals in his last two appearances. 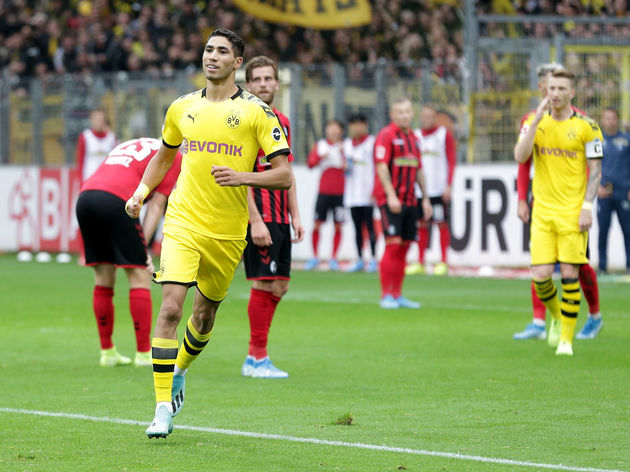 Mönchengladbach recorded a resounding 5-1 win against struggling Augsberg in their last fixture with Patrick Herrmann helping himself to a brace, whilst top scorer Alassane Plea added to his tally of four for the season.

Despite the two teams opposing starts to the 2019/20 Bundesliga campaign, you would fancy Dortmund to get all three points as the teams meet on Saturday afternoon.

They say history repeats itself, and with eight straight wins against the team from the North Rhine-Westphalia, a Dortmund win is on the cards. Whilst Mönchengladbach have fared well against lower table opposition, the quality that Favre has in abundance may prove to be too much for Marco Rose's side.