​Italian giants Napoli host middle of the pack Hellas Verona on Saturday as Serie A resumes after the international break.

Napoli currently sit in fourth place in the Italian top tier and come into the encounter on the back of consecutive goalless draws in their previous two games against Torino and Genk. Verona will travel to the Stadio San Paolo in Naples following a 2-0 victory against struggling Sampdoria in their previous league outing.

With Napoli already six points adrift of league leaders Juventus, Carlo Ancelotti's side can hardly afford to drop any more points, least of all in front of their own supporters.

Napoli will be buoyed by the return of Kalidou Koulibaly from suspension, which forced the centre-back to miss Napoli's last two league games. Elseid Hysaj was substituted after only 34 minutes in the hosts' 0-0 draw with Torino before the international break, and remains unavailable along with fellow defenders Mario Rui and Nikola Maksimovic.​ 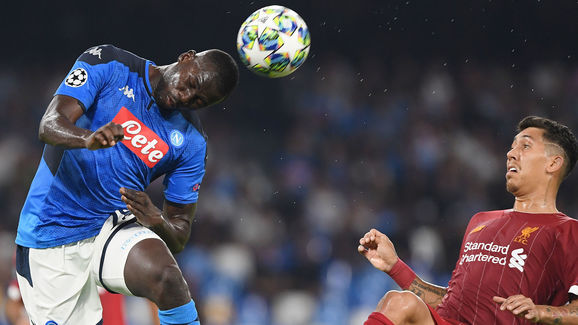 New signing Hirving Lozano has sustained an ankle injury and will not be fit for this match, but with ample attacking replacements, Saturday's hosts will cope.

Tenth place Verona remain without midfield pair Daniel Bessa and Emmanuel Badu. However, the rest of their side are likely to make the trip to Naples. The two sides have met each other 22 times in the past, dating back to 1996. Napoli have enjoyed the spoils on the majority of occasions with 12 victories, while Hellas Verona have only managed four.

Saturday's hosts and favourites have won their last five games against Verona, and have never lost at home to their next opponents.

After a chaotic start to the season, which featured two 4-3 encounters in their first two games, goals have dried up somewhat for Napoli. They have only scored two goals in their last four games and have already dropped nine points this campaign in Serie A. They will be in need of top scorer Dries Mertens getting back among the goals, hoping he will add to the four he has already bagged this term.

With Atalanta facing a difficult trip to Lazio this weekend, a victory for Napoli on Saturday could see them move up to third place.

Verona have had a decent start to the season, by their own standards, currently sitting in tenth place with two victories and three draws form their opening seven league matches. They have been in good form, with an unbeaten record stretching back three games, and their only two defeats this season having come at the hands of behemoths Juventus and Milan.

Here is how both sides have fared in their last five fixtures:

Despite Napoli's recent struggles, with only one win in their last four, they still go into the game as clear favourites. The home advantage will most likely carry Napoli over the line, and the return of Kouliably in defence will undoubtedly bolster their squad. However, Verona will be no pushovers. They have a strong defence playing five at the back and have only conceded five goals in seven games, including three clean sheets. A difficult test that Ancelotti's team must overcome to stay in touching distance of Inter and Juventus, who already appear to be above the rest.