​Manchester United have been dealt another major injury blow after it was confirmed that Paul Pogba will miss the Premier League clash with Liverpool, adding to an already mounting injury list that includes David de Gea.

The two sides face off at Old Trafford on Sunday with both clubs enjoying contrasting fortunes this season.

Jurgen Klopp's side remain unbeaten with eight wins from their opening eight clashes, while the Red Devils have endured a miserable start to the campaign and occupy 12th spot heading into the match.

BREAKING: Manchester United duo Paul Pogba and David de Gea have been ruled out of Sunday's match against Liverpool.

After goalkeeper ​De Gea was forced to limp off during international duty with Spain - and now face a subsequent ​two-month lay-off - the latest news that ​Pogba will not be fit in time to take on the Premier League leaders leaves Ole Gunnar Solskjaer's side light in almost every department.

As revealed by ​Sky Sports, the Frenchman will not be available for selection to the Norwegian, after failing to recover from an ongoing ankle complaint - despite attempting to step up his recovery during warm-weather training in Dubai.

With the task at hand already a challenging one, the blow of losing two key players against the Reds will be of no help to ​United, who are desperately trying to amend a dreadful run of form that has been ongoing since March this year.

Just two wins from their first eight ​Premier League matches has put the pressure firmly on Solskjaer's shoulders, and has seen his tenure in charge of the club turn sour ever since leading the club to an incredible comeback win over Paris Saint-Germain in last season's Champions League. 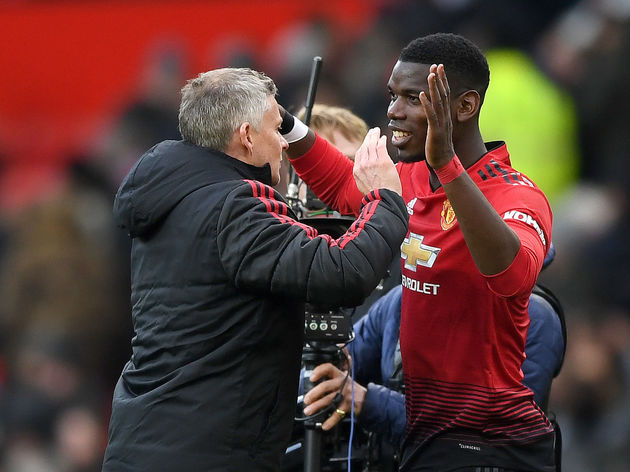 In his 21 matches in charge since being given promoted from caretaker to permanent boss, he's accrued an average of just 1.14 points per match, compared to the 2.32 he managed in his 19 games as interim manager.

Forward Anthony Martial also remains sidelined for Sunday, while the likes of