How Chelsea's Players Fared During the October International Break

The October international break was a hectic one for Chelsea, who had plenty of representatives flying the flags for their countries all over the world.

Let's take a look at how they all got on.

We need to talk about Callum Hudson-Odoi...

Two outstanding goals on his return to international action! 

England and Chelsea have a SERIOUS talent on their hands  pic.twitter.com/FO2TEcQiNI

​Chelsea really can't catch a break with injuries. Yet again, Reece James was forced onto the sidelines after picking up a knock, so he did not feature for England Under-21s against Austria.

However, Callum Hudson-Odoi did feature, and he was one of the stars of the show. The winger netted two stunning goals to fire his team to a 5-1 win against Austria, in what was truly a stellar showing from Hudson-Odoi. It was a tricky international break for goalkeeper Kepa Arrizabalaga. In his first outing against Norway, everything looked to be going according to plan, but the Spaniard gave away a sloppy penalty in the dying embers of the game which saw Spain fall to a 1-1 draw.

Dropped for the 1-1 draw with Sweden as a result, Arrizabalaga had to come off the bench to replace the injured ​David de Gea during the second half, but did manage to keep a clean sheet in his 30 minutes of action.

The latest addition to 'Injury FC', Andreas Christensen picked up a groin issue during the last few minutes of Denmark's 1-0 win over Switzerland and was forced to hobble off the pitch. He did not even make the match day squad for the following 4-0 win over Luxembourg.

He is now a huge doubt to be fit for Chelsea when they return to ​Premier League action against ​Newcastle United. 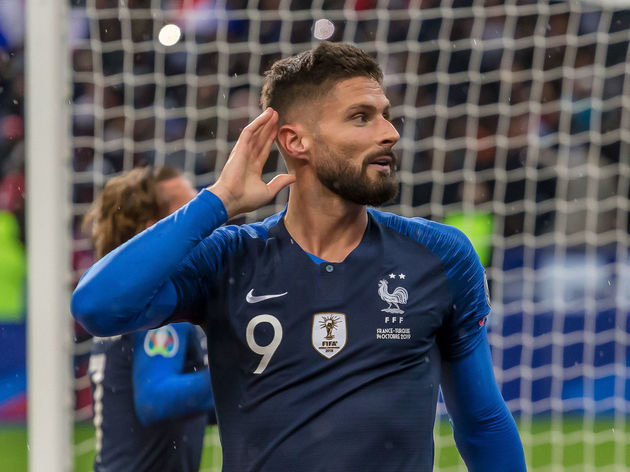 It was a mixed bag for Chelsea's French contingent. Out of the trio, only ​Olivier Giroud started the first game - a 1-0 win over Iceland - and it was the towering striker who netted the crucial goal.

Giroud also came off the bench to score in the 1-1 draw with Turkey, and that's as good as it got for the Chelsea crew.

​N'Golo Kanté was forced to withdraw from the first game after picking up a groin injury during the warm-up, but it doesn't look as if it was too serious as he was fit enough to be named on the bench for the draw against Turkey.

Kurt Zouma was an unused substitute in both games. ​The standout performer of the group was ​Ross Barkley. After a brief substitute appearance in the 2-1 defeat to the Czech Republic, Barkley grabbed two goals in the 6-0 win over Bulgaria, so he will be hoping to carry that momentum all the way back to Stamford Bridge.

Mason Mount struggled being played out of position against the Czechs, whilst Tammy Abraham was given just two minutes in that game. As a result, he has now committed to represent England over Nigeria.

As for Fikayo Tomori, the centre-back did not feature in either game, so remains eligible to switch to either Nigeria or Canada. Jorginho hopped, skipped and jumped his way into Euro 2020 as his penalty opened the scoring for Italy in their 2-0 win over Greece, which was enough to seal qualification to next summer's competition for Roberto Mancini's men.

With the hard work already done, Jorginho was given a well-deserved rest during the 5-0 win over Liechtenstein. Just when you thought we were done with injuries.

After recently returning from a calf problem, ​Mateo Kovavic is back on the sidelines. He hobbled off at half time of Croatia's 1-1 draw with Wales after being on the wrong end of a tough tackle.

He did play around 20 minutes of Croatia's 3-0 win over Hungary before that game, but all that good work was undone with the latest injury. In the United States' first game, it was all ​smiles for Christian Pulisic, who captained the team to a 7-0 win over Cuba. He even managed to get himself on the scoresheet, in what was an utterly dominant victory.

Unfortunately, they fell to a hugely frustrating 2-0 loss to Canada on Wednesday, which put a dampener on things. Now set to travel half the world to return to Chelsea, Pulisic may need a rest before the Blues face Newcastle.

After sitting on the bench to watch Belgium storm to a huge 9-0 win over everyone's favourite underdogs, San Marino, ​Michy Batshuayi was given a chance to impress in the second game of the break against Kazakhstan.

The striker netted the opening goal after 21 minutes to steer his side to a 2-0 victory, and was later caught rocking some of his finest SpongeBob SquarePants underwear. To put it in his words, "a normal day at the office".