How Man City Players Got on During the October International Break

​Manchester City had a number of first team players away on international duty over the last week or so, both at senior and junior level.

Here's a look at all those who had games and how they got on. Both Phil Foden and Eric Garcia have had time away on international duty playing for England Under-21s and ​Spain Under-21s respectively.

Foden started both games, with a 2-2 draw against Slovenia in a friendly, and a 5-1 win over Austria in a qualification game for the Under-21 Euros.

The Englishman was one of the best players on the pitch against Austria, staking a claim for more gametime at Manchester City.

For the Spain Under-21s, Eric Garcia played the full 90 minutes for his country against Germany and Macedonia. The winger started both games for the Three Lions during the international break, enjoying a mixed bag of results.

The first game proved to be a disappointing one as Czech Republic beat England 2-1, as the Three Lions slumped to their first qualifying defeat in 10 years. Three days later, England and Sterling bounced back in dominant fashion against Bulgaria, as they cruised to a 6-0 win. Sterling got on the scoresheet with two goals and an assist. Riyad Mahrez continued his good form this season, as he scored twice for Algeria against Colombia.

Algeria would go on to win the game 3-0 in Lille, thanks in large part to yet another star-turn from Mahrez. ​Making his 68th appearance for Argentina, the defender played the full 90 minutes against Germany in a 2-2 draw in what was an entertaining friendly.

However, Otamendi's performance wasn't particularly impressive as the 31-year-old was turned by Serge Gnabry for the opening goal and looked shaky the whole game. Bernardo Silva featured in both games for Portugal this international break, as he opened the scoring against Luxembourg with a tidy left footed finish inside the box, but wasn't as decisive in the second game against Ukraine as Portugal lost 2-1.

However, the Man City man was impressive in both games as he proves to be one of Portugal's most important and valued players. However, for Gabriel Jesus it was fairly positive period as he starred in the Nigeria game, more than proving his worth to the national team.

In place of the injured Alisson, Ederson, played both games and came away unscathed. He opened the scoring with a 18-yard strike before assisting Timo Werner on the 71st minute, as Germany now sit joint top of the group with the Netherlands. 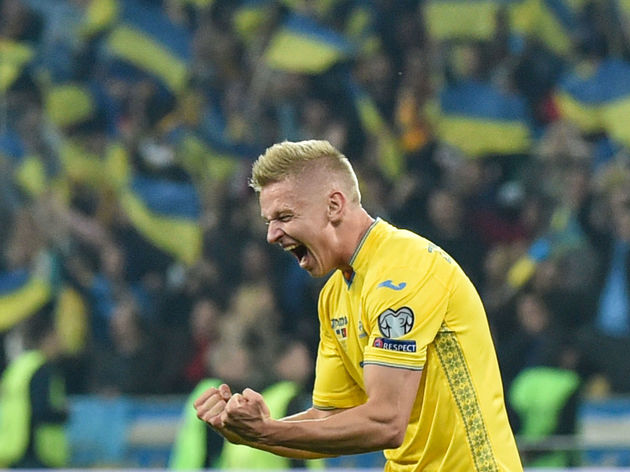 Another Man City player to enjoy an impressive international break was Oleksandr Zinchenko, as he featured in both victories for Ukraine, as they defeated Lithuania and Portugal to secure qualification to Euro 2020.

Playing in midfield for the full 90 minutes in both games, Zinchenko produced two solid performances, but his international break will be remembered more for his wild off the field celebrations rather than his on the field performances. The deep lying midfielder appeared in both draws for Spain this past week as Spain qualified for Euro 2020.

Rodri was introduced in the 78th minute against Norway, and then played the full 90 minutes against Sweden in the 1-1 draw.

Despite playing well for Spain so far, Rodri will have to bide his time to eventually replace Sergio Busquets as the starting defensive midfielder.