Gabonese striker Aubameyang has been invaluable to the Gunners this season, scoring eight goals in 10 games. His stunning form saw him pick up the player of the month award for September last week.

Despite his obvious talent there were concerns amongst some of his critics that his attitude off the pitch could affect the harmony in the Arsenal squad.

However, speaking to ​the Athletic, Mislintat was quick to rubbish these fears, saying the 30 year-old is exactly the kind of character you want on the pitch.

“In the dressing room, it is a completely different story," he said. “He is not arrogant or extroverted. For me, without any doubt, he is one of the best professionals I ever worked with.

“He is a hard worker, a great athlete. He is always smiling. He takes care of the young lads. He is a quiet leader but he really is a leader. He is funny. There is sunshine if he is around.

"If you are able to read and see Auba’s quality and personality, you get everything out of him and your club will win more games.” ​Aubameyang was named as one of Unai Emery's five captains, and has taken on a greater leadership role amongst the squad this season.

In their 3-2 win against ​Aston Villa, he gave up a penalty to allow new record signing Nicolas Pépé the opportunity to net his first Arsenal goal.

For Mislintat, this is symptomatic of the kind of character the ​Premier League golden boot holder is. 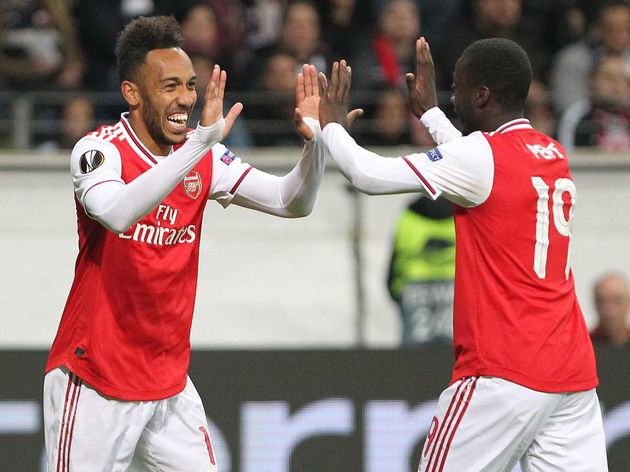 “He is one, possibly the only one, of these extraordinary top, top, top strikers who is an absolute team player. A striker like Neymar or [Sergio] Aguero, for example, would never give a penalty to

“It’s vice versa - ‘Come on, I will take this penalty kick, nobody else!’ Auba gave the chance to

Aubameyang will be looking to add to his impressive goal tally when ​Arsenal take on ​Sheffield United on Monday.