Having completed a dream transfer to Barcelona worth up to €160m after add-ons, Coutinho fell out of favour during his first full season in Catalunya. That paved the way for a season-long loan to Bayern, who paid just €8.5m for the 12-month temporary deal. 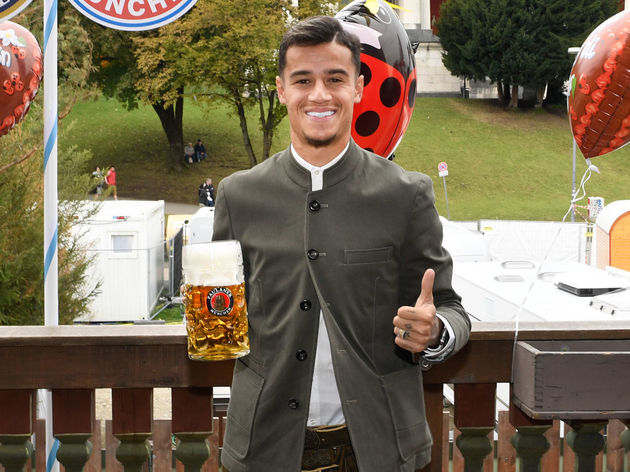 Coutinho has started well in Germany, establishing himself as a starter towards the end of September after taking a few weeks to get up to speed and contributing four combined goals and assists in his last three Bundesliga appearances.

Bayern hold the option to buy the 27-year-old outright for €120m at the end of the season. How likely they are to exercise that remains to be seen, as it would require the Bavarians to completely smash their current transfer record of €80m, set just this year.

According to AS, Barcelona are willing to negotiate the €120m figure if Bayern have interest.

But even if a permanent transfer to Bayern falls through, the same story claims that Barcelona have already decided that Coutinho has no future at Camp Nou, regardless of what happens, and will ‘never wear the famous Blaugrana shirt again’. Apparently rather than be jealous or frustrated that Coutinho is performing well now that he has arrived in Germany, Barcelona are pleased because it will boost his transfer valuation.

Barcelona are also said to be ‘confident’ that if Bayern opt against a permanent deal, there will be enough interest in Coutinho from Premier League clubs.

Exactly who is unclear. Liverpool have previously been linked with their old player, but a return to Anfield seems high unlikely. Chelsea and even Manchester United were speculated destinations during the summer, but Coutinho himself is thought to have doubts about playing for any English club other than Liverpool, owing to his lasting affinity to the Reds.