There were concerns in the build up to the game that it would be marred by the racist abuse of England players and those fears sadly bore truth. 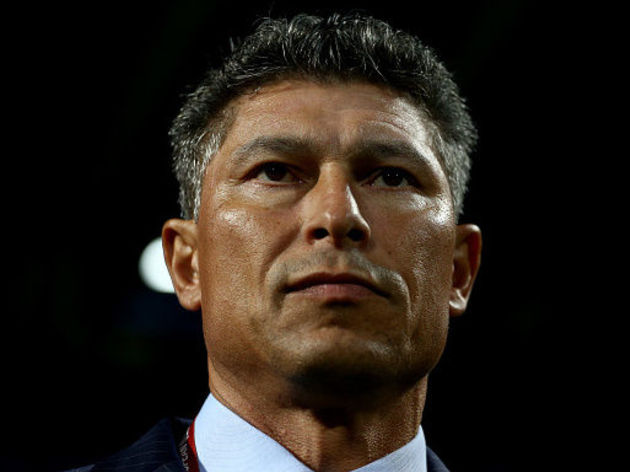 Referee Ivan Bebek twice halted the game following complaints to the fourth official from England manager Gareth Southgate. As part of UEFA’s three-step protocol against racism, a PA address warned fans to stop the racist behaviour – after the second warning, many of what looked like an Ultra group responsible for the worst behaviour left the stadium.

In theory, one further intervention from the officials and the game would have been called off.

The vile racist actions have been widely condemned, but after the final whistle of the 6-0 defeat, Balakov insisted he hadn’t heard any such racist chanting.

“I personally did not hear the chanting,” he told the ITV cameras via an interpreter.

“I saw that the referee stopped the game. But I have to say the unacceptable behaviour was not only from the Bulgarian fans, but also from the English fans, who were whistling and shouting during the Bulgarian national anthem,” he said.

“And during the second half they used words against our fans, which I find unacceptable.”

The stadium in Sofia was partially closed because of an existing UEFA sanction for racist behaviour during June qualifiers. Balakov’s interpreter clarified that the punishment was not for racist chanting, but for a banner he seemingly tried to justify by declaring it was ‘from an organisation not forbidden by Bulgarian law’.

But UEFA were clear in disciplinary proceedings at the time, the charge was racist behaviour.

Mmmmh ... Not sure about this one chief https://t.co/Jyjr6vFtA8

At club level, Bulgarian sides Levski Sofia and Lokomotiv Plovdiv were both charged with racist behaviour during Europa League qualifiers in July, while a Bulgarian fan was ejected from Wembley in September for racially abusing Raheem Sterling in the reverse England fixture.

Yet Balakov appeared to suggest it has only been a problem because England players had actively prepared themselves to face what proved to be an abhorrent reality.

“We’ve had this problem ever since England were about to come to Bulgaria and all I’ve heard for three weeks is people talking about anything else but football,” he said.

“I don’t think this was the proper manner to prepare for a football game because, for three weeks, everyone was talking about one thing.”

Very proud moment for me and my family tonight to make my @England debut. The unfortunate incidents in the game were handled as well as possible & proud of how we handled it gbeng pic.twitter.com/ai1Cn2ZJYI

“If [racist chanting] turns out to be true, we are truly sorry. We as the Bulgarian national football team and Bulgarian Football Union are working very hard,” he said.

“Nobody wants to see this, but let me tell you that this really has never happened in all of our games up to now, and it has happened now in the England game. If something can be proven, then we are sorry, but we cannot speak on behalf of some fans.”

England players and staff have drawn praise over how they handled the awful situation they found themselves in, with Southgate glad to have made ‘two statements’, one by raising the issue in the correct way to get the game stopped, and the second by winning the contest.