​Atletico Madrid are considering making a January move for Paris Saint-Germain striker Edinson Cavani, as they attempt to address their worrying lack of goals.

Los Rojiblancos have enjoyed another steady, yet unspectacular, start to La Liga, with their famed backline remaining as vigilant as ever despite the summer exits of Diego Godin and Lucas Hernandez. 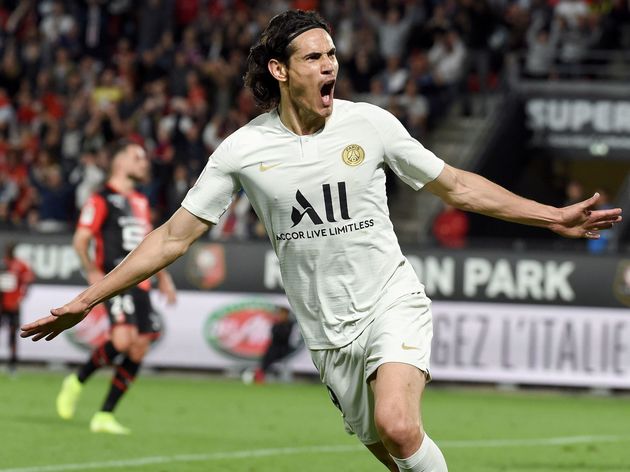 They were joined in the departures terminal of Madrid airport by star striker Antoine Griezmann, after he finally completed a £107m move to rivals Barcelona, and since then, Atleti have developed a concerning inability to score goals.

Consequently, ​AS report that manager Diego Simeone is keen to explore bringing additional reinforcements to the club, with the

Joao Felix, meanwhile, arrived with the weight of the world on his shoulders after Atletico paid Benfica a gargantuan €126m to snare his services - and he's been unable to turn on the style in his opening eight games for the club, scoring just twice.

AS' report states that ​Cavani is the lead name on Simeone's transfer wish list, with ​previous speculation suggesting that the Uruguayan talisman was closing on a switch to Madrid earlier in the year.

That move failed to materialise, but Atletico's inability to conclude a deal for Valencia forward Rodrigo before the end of the summer transfer window may see talks over a deal revived.

Cavani is out-of-contract at PSG next summer, and now aged 32, is unlikely to command a substantial transfer fee. It's mooted that a fee between €20m-€30m would be enough to tempt the Parisians to do business - but at the same time, AS note that he's just as likely to sign a new deal as he is to leave.

Whatever happens, ​Atletico know that they need help scoring goals - or the burden on the shoulders of Costa, Morata and Felix will continue to grow as they chase a first La Liga crown in six seasons.