​Tottenham have reportedly re-signed goalkeeper Michel Vorm until the end of the season following injury to club captain Hugo Lloris.

Lloris has been ruled out until 2020 after he dislocated his elbow during Tottenham's 3-0 defeat at Brighton before the international break.

He will not undergo surgery, but is unlikely to return to training until January at the earliest. According to ​NOS, ​Spurs have not cast their net too far to find a replacement for their club captain, reporting that the

Vorm left Tottenham just three and a half months ago following the expiration of his contract, and has been without a club since.

I’m so proud to have been part of this club and seen it grow. There is so much more to come, the sky is the limit. Special thanks to Toni Jimenez, the goalkeeper coach thanks for everything. Been a real pleasure to work with you  #COYS pic.twitter.com/bPsn6nmib3

With Paulo Gazzaniga the only other fit senior goalkeeper at the club, Vorm has been brought in as much needed cover.

He was the understudy to Lloris during much of his initial spell at Spurs, only making 13 Premier League appearances in five season, and playing 47 times in total for Mauricio Pochettino's side. 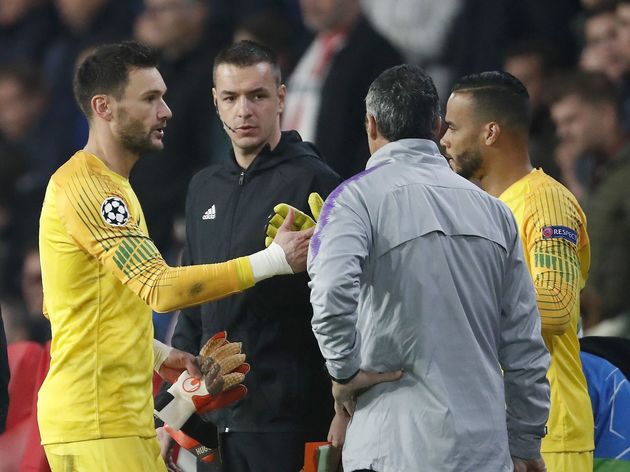 A meek performance away at ​Inter in the ​Champions League was Vorm's last start for Spurs, though he did briefly play in their 2-2 draw away at PSV after Lloris was sent off. Lloris' form in the last few seasons has called into question his suitability to being Tottenham's starting goalkeeper, let alone their club captain.

Errors against ​Southampton and ​Brighton - the latter of which led to his injury - showed lapses in concentration which have become more frequent in recent years, and a strong run of form from Gazzaniga could put his starting spot in danger.