Claudio Marchisio has revealed why he never made the switch to the Premier League, as well as explaining why Aaron Ramsey is the perfect player to succeed him at Juventus.

Marchisio, who recently retired from football at just 33 years of age, left Turin for Zenit St Petersburg in 2018, where he played just one solitary season before calling time on a career that had been disrupted by knee issues in its latter stages. 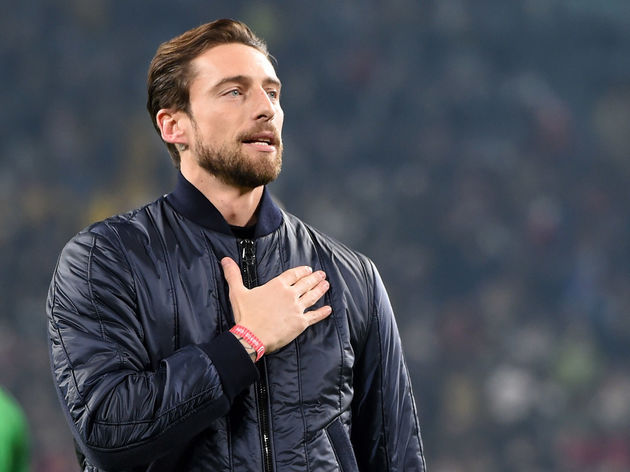 The Italian, who won 55 caps for Italy over an eight-year international career, has now admitted (via the Daily Mail) that he's unsure what to do now he's retired - but did reveal his admiration for Aaron Ramsey, as well as disclosing why he decided against moving to England, despite his admiration for the league.

“I haven't ruled out anything, but for the moment I have not decided what I will do," Marchisio began.

"My No 8 jersey is in the best hands. Aaron Ramsey is a fantastic player. The No 8 is such a beautiful number that it had to end up on someone's back. My preferences were two, Ramsey or an academy player who moved up to the first team.”

“As a boy, two of my favourite players played in England, so it was normal for me to follow the English championship. The rhythm and the physicality of the games have always fascinated me.

"As well as the concept that the fans the most important thing, they ask to see your shirt dirty with sweat, as a symbol of the battle on the field. The big plays are important, but they always come after the sweaty shirt.

“In terms of business and organisation, the Premier League and Championship are two extremely fascinating leagues. Let's say that the English experience fascinated me, but spending all my career at Juventus was my priority as a player."

Asked about specifics in terms of potential destinations, Marchisio continued: “It cannot be said that I was close to any English team, but there was interest from the Manchester teams and Chelsea. But Juventus has always been my priority, so real negotiations were never started."

The forward then spoke about those two aforementioned players who affected him so in his youth: Steven Gerrard and Frank Lampard, both of whom were in their pomp when Marchisio graduated from the Old Lady's academy in 2005.

“When the Coach moved my position from second striker to midfielder in the Juventus youth academy, I began to observe the great midfielders of the football scene," he revealed. "Even just to try to steal secrets and understand the malice needed for the role.

Hear us out on this one, this isn't a bad take. https://t.co/5edwQbj8hA

“Without a doubt, my favourites remain Gerrard and Lampard. They were both very strong and both undisputed symbols of their own clubs. I admired both their charisma, the mastery of the game, the leadership, the courage and their attachment to the shirt.”