​The media frenzy surrounding Barcelona teenager Ansu Fati rolls on, with reports in Spain suggesting the club are prepared to table a new deal to reflect the 16-year-old's first team status.

Amid all the transfer drama surrounding the seemingly crisis-hit La Liga champions in the summer, Fati signed a first professional deal tying him to the club until at least 2022, something which went largely unreported until he emerged from the bench for a cameo against Real Betis on the opening day of the season.

His star has risen meteorically since then and, after scoring twice in successive matches against Osasuna and Valencia - the latter in his first ever start - he earned himself a call-up to the Spain Under-21 squad last week. 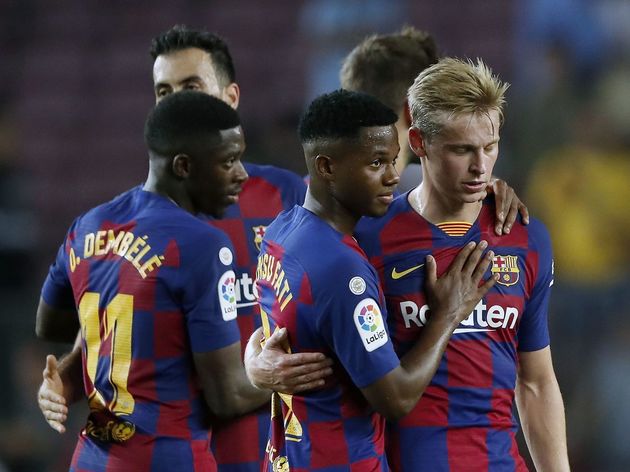 But while his appearances for ​Barça He isn't yet a fully-fledged first-team player, splitting his training between the senior and B teams, but the fact he has made six appearances for the first team and is yet to feature for