Sporting CP 'Not Ruling Out' Renaming Stadium After Cristiano Ronaldo

​Sporting CP are considering renaming their

The club's home is currently named after founder Jose Alvalade, and has been by that name since 1956.

Ronaldo, who recently notched his 699th career goal at the stadium as Portugal ran out comfortable 3-0 winners over Luxembourg in Euro 2020 qualifying,​Manchester United

"Calling the stadium 'Cristiano Ronaldo' is an option that, right now, we are not against," Varandas explained.

"It would be a source of great pride for us.

"We’re already keeping his values on the walls of the youth academy, focusing on passion, sacrifice, discipline, leadership and determination. Cristiano is certainly the best Portuguese player of all time and one of the best athletes in the history of the sport.”

Estadio Jose Alvalade was rebuilt at the beginning of 2000, as the club expanded its capacity to over 50,000 spectators. The first match played at the restructured stadium was Sporting's famous 3-1 win over United, the very game that prompted Sir Alex Ferguson to bring ​Ronaldo to the ​Premier League. 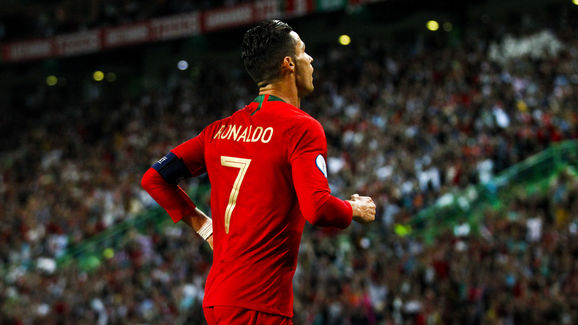