​Napoli defender Kalidou Koulibaly has opened up about some of his experiences with vile racist abuse since joining Napoli in 2014.

The 28-year-old has been very outspoken about the issue of racism in Italy, having endured countless incidents of racist abuse since moving to Napoli in 2014. Speaking to ​L'Equipe, Koulibaly opened up about one of the most infamous examples of racism in recent ​Serie A history. In a meeting with Lazio in 2016, the Senegal international was subjected to monkey chants, which got so bad that the referee had to halt the game.

He said: "There were maybe some other [examples] before but I didn’t pay attention. During this match, I really lost it. The monkey chanting was so strong, I lost focus. I was no longer thinking about playing football when normally I give 100%. It really hurt me. The staff were concerned, the coach offered to stop the match if it continued.

"Actually, I was embarrassed, I felt like I did not deserve to be there all of a sudden, like I did not have place in this world. With hindsight, I told myself the opposite: they should be ashamed and it is up to us to show and affirm that we have a place on the pitch. These thugs would never make those noises when they were face to face with me.

"They are in the middle of a crowd, anonymous, and it is difficult to identify them. There is a real fight to have against this.

"Other countries are further ahead with it: in England, where the most watched league in the world is, those responsible are banned for life. It is there drastic measures that we must take inspiration from."

Koulibaly went on to insist that he rarely had to deal with racism earlier in his career, but he knew exactly what to expect when he moved to ​Napoli. 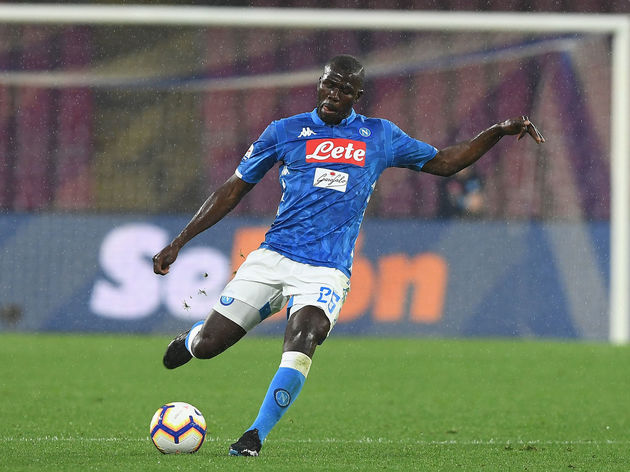 He added: “At FC Metz, my first club, there was a big Senegalese community and more black players in general. When we won matches, our opponents would sometimes say: 'Ah, but they have a lot of strong blacks!'

"It was frustration from them after losing a match. With hindsight, there was perhaps a racist tinge to that but it was a long way from monkey chanting. In France, we are more advanced than that. In Belgium too: at Genk, I did not have a single problem. I spent two wonderful years there.

"I had heard a lot about stereotypes: Italy is racist, people don’t like Serie A because of xenophobic incidents, blacks don’t succeed because Caucasian people are given an advantage… I wanted to prove the opposite, I like this type of challenge."