​Third in the Premier League table, only one loss after eight matches and just a solitary point behind reigning champions Manchester City. All is rosy, right?

Its easy to be complimentary at this stage of the season. After finishing fifth last term following the appalling collapse at the tail-end of the campaign, a quick glance at the table this time around paints a far more pleasant picture.

That canvas, however, is blurred.

Much can be said of the ability to win matches without playing well. In fact, its such a trait that more often than not is the sign of a side enough and equipped enough to deal with uncharacteristic sluggishness.

Look at ​Liverpool, for example, who are yet to hit top form although still remain the only side with a 100% record in the division and boast an eight point lead at the summit.

A similar story can be said of ​Arsenal, who have been mostly average but still find themselves a point off ​City with their only defeat coming away from home against the aforementioned table toppers.

Perspective, though, is crucial.

With 15 points accrued from the club's opening eight league fixtures, not to mention a miserable goals difference of +2, if this points haul was placed into the league last season after the same number of matches, Unai Emery's side would be eighth.

That damning statistic highlights a variety of factors.

Firstly, it signals a drop in overall quality within the league, something which is all too evident when you take into account the current plights of Tottenham and ​Manchester United. When the likes of Burnley and Crystal Palace are occupying spots in the top seven, clearly there has been disruption to the status quo.

Which brings us onto the initial point. Just one place and a single point behind the last two ​Premier League season's champions, the actual positioning of Arsenal in the table is false dawn.

Throughout the eight matches this season, few, if any, performances have demonstrated an exciting, well-balanced style of play that could offer the supporters an insight into what is to come for the next 32 games. Instead, occupying third spot in the table has come purely by default and the individual brilliance of ​Pierre-Emerick Aubameyang.

Granted, everything could change within a single weekend. Wins for West Ham and the Clarets, coupled with an Arsenal defeat, could see the Gunners drop down into eighth, which would appear a fairer reflection of displays they've shown thus far.

Furthermore, all of the Gunners' four Premier League wins have come by a single goal margin, with narrow scalps over relegation fodder Newcastle and Aston Villa coming alongside 1-0 and 2-1 home wins over mid-table sides Bournemouth and Burnley.

Yet, there are those who will point to the trait we spoke of earlier; winning without rousing. Also there is the point to make in that in those eight matches Emery's side have taken on Liverpool and United away, along with Spurs at home. Yet, draws against two of the division's strugglers is once again, hardly inspiring. The Anfield result being a formality.

This season it is 17 per game so far.

The Invincibles allowed 9.9 per match https://t.co/RyBonFmSJE

At present, it may well be that Arsenal do indeed clinch a top four spot, especially with the way the league is going thus far. However, that cannot paper over the cracks that remain because until there is clear improvement running through the team, securing a ​Champions League spot may be handed to the Spaniard on a silver platter.

There is quality in the side, no question about it. Up front is the league's in-form striker, with fan favourite Alexandre Lacazette also set to return from injury. At the back, three of the mostly calamitous back four that started the season could be usurped - with Kieran Tierney, Hector Bellerin and Rob Holding back. Meanwhile, in midfield Dani Ceballos, Matteo Guendouzi and the academy star Joe Willock continue to improve.

And, y'know what? That team is third in the league. 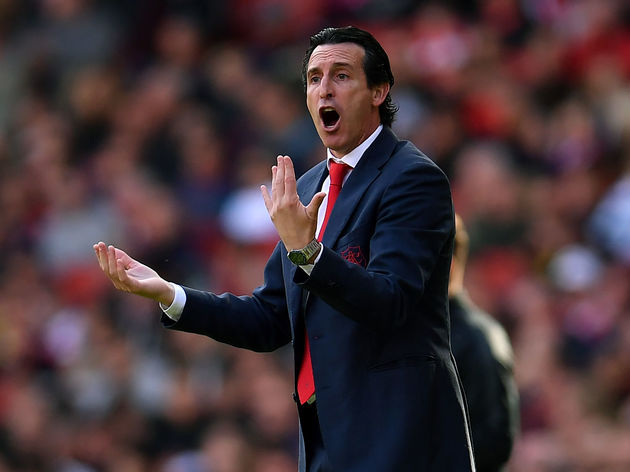 For the moment it is important to remain calm. Ha, I know right? Because, yes indeed, Arsenal are third in the table.

It is, however, foolish to assume they have earned that spot due to playing champagne football, showcasing tactical awareness and possessing a determined mental toughness. Because that simply isn't true. No, instead perspective is paramount before everyone begins waxing lyrical about the manager and his playing style. As of yet this season, more questions have been raised than answered. Although, somehow, that is enough to warrant being one point behind the champions. So, can't be all bad, right?