A Way Too Early Assessment of Barcelona's Summer Signings

Barcelona's efforts to bring Neymar back from his Paris Saint-Germain hell was one of the most boring, drawn-out sagas we've been subject to in recent memory. It was, however, overshadowing of the players who did succeed in moving to Camp Nou over the summer.

Perhaps not in the case of Antoine Griezmann, though, whose £107m move was one of high-drama and controversy​ and followed a further four additions to mark what appeared to be a fine summer of business for the Catalan club.

Sitting two points adrift of ​Real Madrid in the league, while simultaneously going well in the Champions League, the club addressed the areas in need of improvement after falling short in Europe's elite club competition last season while also aiming to maintain their dominance of La Liga.

⚽ Find out how our international stars got on https://t.co/SQ1EfLsTHT

How well have those signings fared? Well, that's what we're here to evaluate, no matter how soon into the season or wildly premature these assessments may be... The transfer fee stands out, but more importantly for the club, they managed to secure one of the division's finest strikers in what may very well be the replacement for the ageing ​Luis Suarez.

Unfortunately for the Frenchman, Suarez has rediscovered his form this season, leaving Griezmann to adopt a role on the left side of the front three, an unfavoured position for the centre-forward.

He's netted three goals in his nine matches in all competitions, not the stats many hoped he would have reached, but when taking into account the shift of position he's had to undertake, its certainly not a dreadful return.

If anything, him joining has reinvigorated Suarez - although that wasn't the purpose of him signing - to new heights. Still, it seems as if his role of being a big fish in a big pond has been hard to manage having been the star man for Atletico Madrid for five seasons. The red card issued to Ousmane Dembele in the most recent La Liga match will see him return to the side after being a unused substitute against Sevilla, but more is needed to be shown from the 28-year-old to justify his price tag. 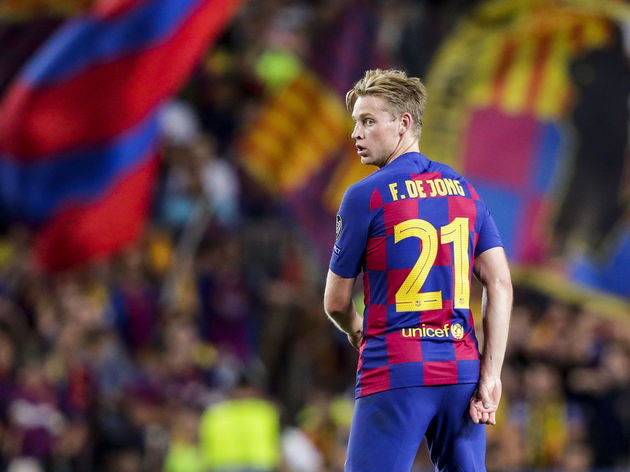 Now this is how you make a start to your career at a new club.

Joining from Ajax for £67.5m, De Jong looks like being an absolute steal at that price with some superb displays in the heart of the ​Barça​La Liga

Infographic: Frenkie de Jong is the second most effective player with the ball at his feet in La Liga, only behind Real Madrid player Toni Kroos. In the Champions League, only four players exceed his passing accuracy (91,4%), one of them is Arthur Melo (92,1%). [sport] pic.twitter.com/g4hDRwjHK5 Signed as a backup to first choice stopper ​Marc-Andre ter Stegen, Neto has been, well, just that.

It seems unfair to judge the goalkeeper accordingly having only played one game for the club, the 2-1 win over Arsenal in the Joan Gamper Trophy. The goal he conceded on that day was an absolute thunderbolt from Pierre-Emerick Aubameyang as well, leaving him with no chance whatsoever. 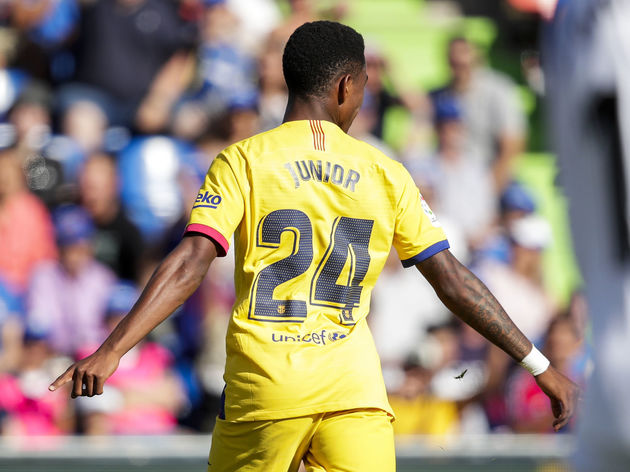 After Jordi Alba suffered an uncharacteristic injury against Borussia Dortmund in the ​Champions League, left-back Firpo was handed the opportunity to justify his signing as the long-term successor to his fellow Spaniard.

His full debut was a bitterly disappointing one, as La Blaugrana fell to a 2-0 defeat away at Granada - with the 23-year-old being hauled off during the match to mark a miserable start. Since then he made two further starts, and netted his first goal in the victory over Getafe CF as he begins to acclimatise himself to the rigours of playing for one of the world's biggest football clubs.

Injury brought a halt to his extended run in the side, missing the following victories over Inter and Sevilla, which will have been a grievance given the opportunity placed before him after Alba's injury.

Nevertheless, after a stuttering start, his Barcelona career has moved on, and the glimpses are there that we will be the club's first-choice left-back for many years to come.