Unless you've been living under a rock, you will know that Manchester United are in...a bit of a sticky situation. Again.

But, for the sake of it, we'll just sum it up for you nice and quickly:

- There was the whole penalty fiasco against Wolves, resulting in two dropped points.

- Then, they lost at home to Crystal Palace.

- Lost away at West Ham.

- Only two points clear of the relegation zone...

The English giants were the team to be feared in the Premier League, as well as in world football when under the management of the great Sir Alex Ferguson. League title after league title, success on top of success. As well as this, however, the old boss was a master with words, so much so that his phrases soon became normal terminology for people. 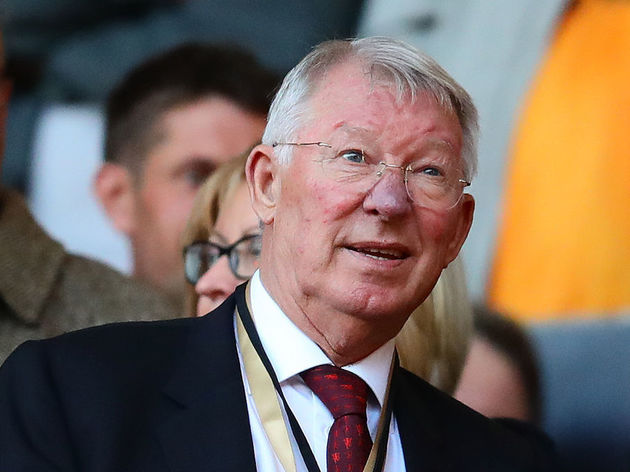 However, following his retirement from management at the end of the 2012/13 season, the club nosedived and entered into a new era of complete mediocrity. And despite the best efforts of the managers who have come in to replace Fergie, the Red Devils continue to struggle.

While we could rant about ​United all day, instead, we've looked at some of the most depressing quotes in the post-Sir Alex era that sum up the state of affairs. "Four straight wins is a great record to get, but obviously they are coming to Old Trafford and we are going to make it as hard for them as we possibly can."

As quoted by ​Reuters, Moyes was hoping to see his side "make it as hard as possible" for Newcastle...at Old Trafford.

If you're a United fan, you would like to think that this quote was perhaps taken out of context or misunderstood, but this really isn't the case. Four straight wins? Stuff of dreams for Moyes. "I did not need to lift my spirits after Newcastle - that raised my spirits...It just made me more determined to make sure we improve and get better."

...What more can you say? Davey hoped his side could make it hard for Newcastle, which they did as the away side were only able to win 1-0. And, you know what? It appeared as though he was pleased with the display, claiming (​quoted by the Telegraph) his side's performance raised his spirits.

Clearly, he'd forgotten the fact that the Magpies had just won at Old Trafford for the first time since 1972. "Their league position suggests they are ahead of us and they possibly do come here as favourites. Liverpool are having a very good season and we will have to do everything we possibly can to beat them."

Moyes at it again. As ​quoted by Reuters, the ex-boss described Manchester United's arch-rivals ​Liverpool as the favourites in a mammoth tussle at Old Trafford.

That's right, the ones that have had a longstanding rivalry with United. And to cap it all off, his side were comfortably rolled over. It was probably his masterful pep-talk that did the trick. "I think we've played a very good side and it's the sort of standard and level we need to try and aspire to."

Oh David, when will you learn?

This time (​as quoted by Sky Sports) he claimed that their OTHER bitter rivals ​Manchester City were playing at a level that the Red Devils should aspire to reach.

City came to Old Trafford and did what Liverpool did: ease to victory. Two matches against rivals, two defeats. But, the important thing was that he complimented both teams' style of play, all the while effectively slating his own. "There are matches that I have enjoyed and there are also matches where I'm very bored or angry because we are not disorganising our opponent's defence, but that is football."

A whole lot of ridiculous things happened between 2014 and 2016, with Van Gaal replacing Moyes as manager. The Dutchman wasn't short of quotes, with his 'philosophy' taking centre stage.

However, the ex-boss claimed, as quoted by BBC, in 2016 that there are times when he gets 'bored' or 'angry' while watching his side, emotions that reflect how fans most likely felt.

It's probably not the greatest thing in the world if the club's manager is getting bored...

Louis van Gaal on Expectations - May 2016 "I am happy to give the fans a final. Expectations are too high."

As quoted by ​Sky Sports, the ex-manager was keen to lower the bar for his United team.

The issue is, when the biggest club in England has expectations that are too high, it is, well...troubling. Ever since Ferguson left, the word 'transition' has been thrown around, but the transition period only goes on for so long.

No one can deny Van Gaal's dedication to the cause, but the state of affairs at the club didn't help his chances of retaining his job.

Jose Mourinho on the Spells of Moyes & Van Gaal - September 2017 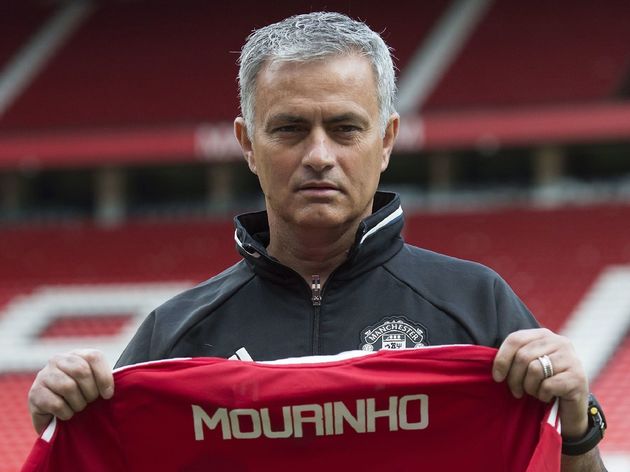 "There was an evolution in the other clubs; there was no evolution in this club. In all the areas that make a team successful I think we stopped in time. That was quite an empty period in the club."

As ​​recorded by Go​al, the former Chelsea man was quick to slate his predecessors, claiming there was an 'empty period' in their time at the club. The lack of unity and identity shown by this comment just reaffirmed how far the Red Devils had fallen. While there were further utterly depressing quotes before this, we've gone with his desire to seemingly discuss the times he knocked the Red Devils out of the Champions League. As quoted ​by the Daily Mail, he claims that losing in the competition is nothing new.

We've all heard of tough love, but he might have gotten the wrong end of the stick on that one. ‘We have to stick together as a team, we can’t change the whole squad."

When you look at Liverpool, you see the work of Jurgen Klopp and how he has improved players in the squad. But, quotes such as these from Solskjaer only give the impression that he would be happy to get rid of the majority of his squad if it were possible.

Manchester United lost 4-0 to Everton that day, a resounding and humiliating defeat. And this comment (quotes from the Mirror) won't have done much to boost the morale.

Ole Gunnar Solskjaer After Defeat to Cardiff - May 2019 “More or less the only positive from today is that the season is over."

Okay, so they got hammered by Everton, but surely it wouldn't get worse than that? No? Think again. That's right, a team already relegated from the league rocked up to Old Trafford and ran the show.

As ​quoted by the Express, the boss could only come up with one positive from the game. A home loss to Cardiff on the final day? Well, the season's over now. "There are are many things that gave me loads of confidence."

No, no, no Ole, were you really watching the same match as all of us? In case you missed it, Man Utd and Arsenal played out a horrifically dull 1-1 draw at Old Trafford in September.

United ​were unable to play on the front foot, and the Gunners were content to let them play aimless passes. But, the manager somehow claimed after the game (​quotes from the Daily Mail) that there was plenty to be pleased about.

It was a must-win game for the Red Devils, which makes this all the more depressing.