​Scouts from Manchester City are keeping a close eye on Borrusia Dortmund midfielder Giovanni Reyna after the 16-year-old left the club's sister academy in New York.

Reyna, whose father Claudio spent three and a half years at Manchester City, came through the ranks at New York City FC but left to move to Germany during the summer transfer window - following in the footsteps of Christian Pulisic, who also joined Dortmund aged 16. 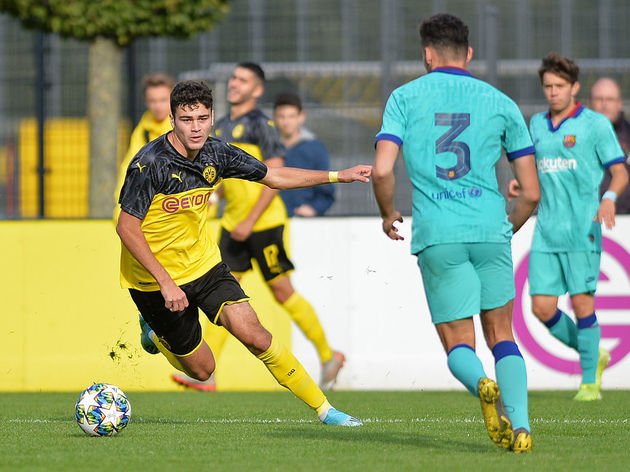 90min has learned that the decision-makers at Manchester City are furious at the decision to let Reyna leave their sister academy system in New York, with club scouts now watching him in action for Borussia Dortmund's youth teams.

Reyna was part of Dortmund's senior pre-season squad but so far hasn't made any first-team appearances under Lucien Favre, although he could still rival

Wuppertaler, while he's gone on to have a hand in eight goals in just seven appearances already this season.

It's not just at club level where Reyna is already making an impact, however, as he's the captain of the United States' Under-17 side and is expected to fast-tracked into their Under-23 squad, where he'll link up with the likes of Josh Sargent (Werder Bremen) and Timothy Weah (Lille).

Manchester City won't be the only side who have been scouting Reyna this season either as although he's only just joined Borussia Dortmund, the club could only offer the 16-year-old a two-year contract until 2021.