​Barcelona expect Samuel Umtiti to be available for their La Liga meeting with Eibar on Saturday 19 October, as the defender finishes up his injury rehab.

Whilst training with the French national team in early September, the 25-year-old sustained a hairline fracture on his right foot, leaving Ernesto Valverde with just three fit centre-backs in his senior squad. Umtiti has missed nine Blaugrana matches as a result, with his side struggling to find consistency in the early stages of the 2019/20 season. ​Barça have amassed five wins from their first eight ​La Liga fixtures this term, their tally of two defeats and a draw allowing ​Real Madrid to take top spot in the table.

However, Valverde's backline will be bolstered following the news of Umtiti's imminent return, as reported by Spanish broadcaster ​CCMA.

Of the sides between seventh and first place in the standings, only Sevilla have conceded more goals than the Catalans, who have appeared vulnerable in the opening months of their title defence.

Their underwhelming form in domestic competition has led to calls for the manager's sacking, though ​Champions League 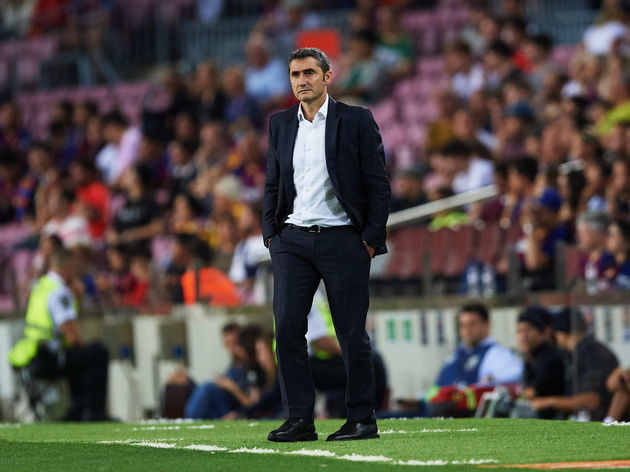