​​Arsenal striker Alexandre Lacazette is pushing to return to full fitness in time for their next Premier League match against Sheffield United.

The France international has been out of action since Arsenal's 2-2 draw with Tottenham in the north London derby, missing over a month of football where the Gunners have remained unbeaten across all competitions.

Lacazette has since returned to training with Arsenal and Sky Sports claim that the 28-year-old now has his sights set on featuring for Unai Emery against Sheffield United next week. The former Lyon striker has scored two goals in three appearances this season, while Arsenal are unbeaten in the league when Lacazette is included in the starting lineup since April.

Lacazette's absence has allowed Pierre-Emerick Aubameyang to thrive through the middle, scoring five goals and being voted as the Premier League's Player of the Month for September.

His form over the last month has seen him once again cement his place in the race for the Golden Boot, currently sitting just one goal behind Sergio Agüero 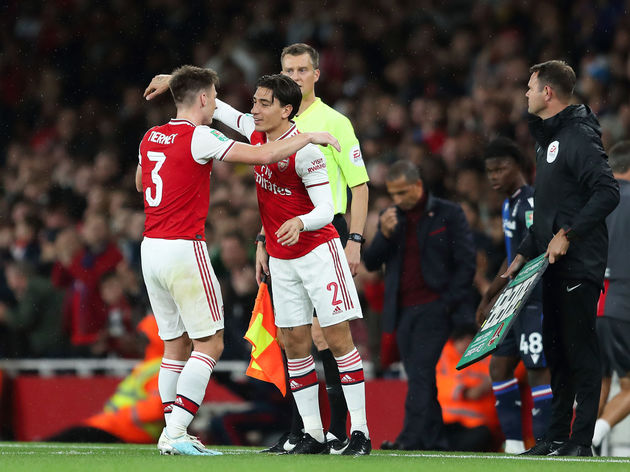