Manchester United midfielder ​Paul Pogba has suggested that he is closing in on a return to action ahead of the clash with Liverpool after the international break.

The Frenchman has battled an ankle injury all season and missed United's last two games after aggravating the issue, with his return date initially uncertain.

However, ​Pogba took to ​Instagram to post a video of himself working out, alongside the caption: "Almost there. Show off or motivation, you choose?"

In the video, Pogba can be seen standing on both feet as he does some rope work, although his right ankle is clearly still heavily bandaged. It suggests that, whilst the 26-year-old is capable of putting weight on his foot to do some intense workouts, a return to first-team action for ​United may still be a while away.

United have sorely missed Pogba's creativity in midfield. They failed to create many chances of note against either AZ Alkmaar or ​Newcastle United without him, with manager Ole Gunnar Solskjaer forced to turn to ​Fred and ​Nemanja Matic in Pogba's absence.

The Red Devils will certainly be eager to welcome him back to action but, given his lengthy battle with the injury, they may choose to keep him on the sidelines for a little while longer to try and ensure he can fully recover.

The Frenchman has missed five of United's 11 games this season because of the injury, and United have really struggled without him. 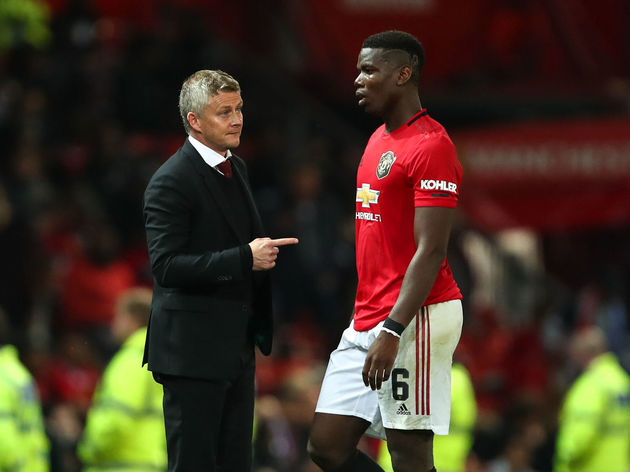 Solskjaer's men have fallen to 12th in the ​Premier League, and there have even been ​suggestions that an emphatic defeat against ​Liverpool could ultimately see the manager relieved of his duties.

Welcoming Pogba back to action would certainly go a long way to improving United's chances of victory. However, Liverpool are currently on a run of 17 consecutive wins in the Premier League which, unsurprisingly, sees them occupy top spot in the table.