The agent of Napoli defender Elseid Hysaj has confirmed that his client will 'probably' leave Napoli in January, amid talk of a switch to Serie A rivals Roma.

The 25-year-old full-back has been in Naples for four years, having arrived from Empoli in a deal worth a reported €5m. 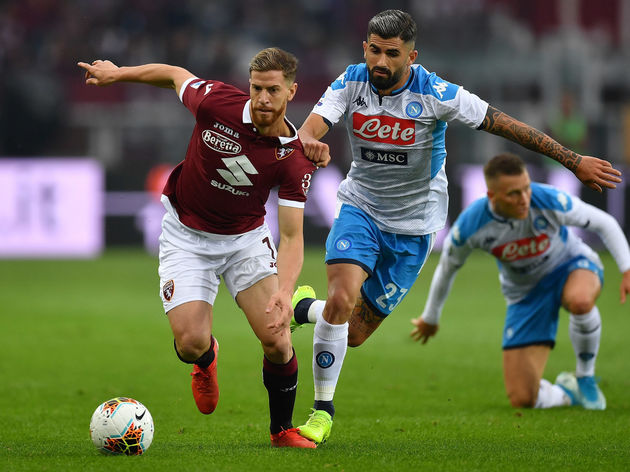 He has been linked with a move away from the Stadio San Paolo in recent months, though, with ​Manchester United tipped as a potential destination over the summer.

But more recent speculation has suggested that Hysaj, whose original five-year contract expires next summer, could depart for Roma instead - with his agent now fuelling exit speculation by admitting that he'll most likely leave the Serie A title contenders this winter.

​“Hysaj will probably leave in January, seeing as his contract is running down,” agent Mario Giuffredi told Rete Sport, in quotes relayed by ​Football Italia.

“Roma are a club he would gladly accept, but we’ll see if there is interest from Roma, as for the moment there’s no news. Napoli value Hysaj at €25-30m, but the more time goes by, that will drop. We informed the club a while ago that we didn’t want to renew the contract.

“Don’t forget that for three years, Hysaj was the best right-back in Serie A, so he can go to at most another two or three clubs of that level.”

​Napoli reportedly wanted €25m over the summer, but their asking price will no doubt reduce given the length of time remaining on his contract. That, coupled with his lack of playing time this season, could see Carlo Ancelotti's side accept around half that figure - though a replacement may need to be sought before he can leave.