The Argentine boss has overseen a radical overhaul of Atleti this summer, with Hernandez and Griezmann joining Diego Godin, Filipe Luis, Juanfran, Gelson Martins, Luciano Vietto, Nikola Kalinic and Rodri out of the door. 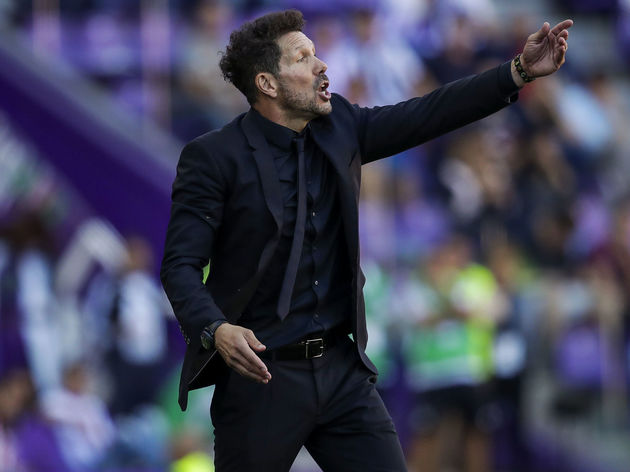 Many would say that Griezmann's departure, a £107m move to Barcelona that was over a year in the making, affected Los Rojiblancos most - but Simeone claimed that it was Hernandez's departure that '[hurt] ​Marca

"I've spoken with him on occasion since he left," Simeone revealed. I've no doubt that he'll end up doing well there, but now everything depends on [Ernesto] Valverde, not me."

As for Atleti themselves, they have started ​La Liga off in steady fashion - collecting 15 points from their opening eight league games. They have, however, struggled to score goals thus far, having netted just seven times.

Former Chelsea striker Alvaro Morata and Joao Felix, signed from Benfica for a gargantuan fee of €126m, have been tasked with leading the Atleti line, but both have struggled to make much of an impact.

Morata has netted just once, as has fellow Chelsea alumni Diego Costa, while Felix has netted twice in his eight starts.

Defensively though, Atletico have remained as stable as ever. They have conceded just four times so far this season, with Hernandez's summer departure to Bayern covered ably by Stefan Savic, and summer signings Felipe and Mario Hermoso.