Barcelona forward Ansu Fati has been called up to the Spain under-21 squad for their upcoming clash with Montenegro, having been drafted in to replace injured teammate Carles Pérez.

The 16-year-old has exploded onto the scene at Camp Nou this season, and though he has only made one senior start, he has taken full advantage of the Catalan side's early injury crisis to score twice and register an assist across five appearances.

So impressive have his cameo displays been that when the Under-21 squad was announced without the teenager, there was some confusion as to why he had been left out, although ​Marca explained that away as an issue with his documentation that has been resolved since the initial squad was announced. And with him now available, he was the first to receive the call after club team-mate ​La Liga "Carles Pérez has pulled out of the Under-21 team due to muscular problems, which would prevent him from being available for the Montenegro-Spain match in the qualifying phase of the European 2021.

"After the conversations between the medical services of the RFEF and his club, it has been agreed that the player leaves the group and recovers with his club.

"Ansu Fati has been called to replace the loss of Carles Pérez and will join the Under-21 team as soon as possible." 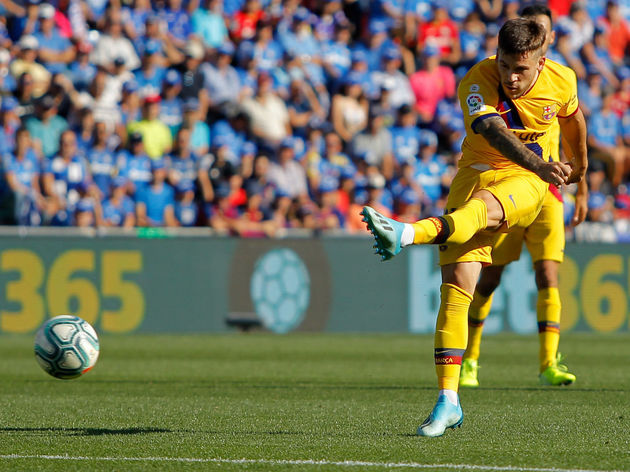 Pérez, then, will undergo rehab back in Spain, while Fati jets out to Montenegro to join his new international teammates.