Spanish singers, entertainers, sportspeople and other personalities were also present, while teenage Barça starlet Ansu Fati and other teammates not on international duty showed their support. The 90-minute show, which is split into two 45-minute halves to mimic a football match, has a stage set up like a football pitch and features acrobatic disciplines, in true Cirque de Soleil style, set against videos of Messi’s special and greatest moments.

The 32-year-old even collaborated with producers by shooting exclusive images for the show.

‘Messi10’ is at Park del Fòrum at the city’s waterfront, the area originally created to host the 2004 Universal Forum of Cultures.

The show will stay in Barcelona for the rest of the year and over the Christmas period, before its run concludes in January 2020. It will then head to Messi’s native Argentina.

On the pitch, it was been a tough start to the 2019/20 season for Barça’s captain and talisman. Having returned to Catalonia at the end of the summer disappointed after more international heartbreak with Argentina at the Copa America, Messi was forced to miss the first four games of the campaign through injury.

He made his comeback in mid-September, but quickly aggravated a separate problem and was briefly sidelined once more. It therefore wasn’t until last weekend’s 4-0 La Liga win over Sevilla that he actually managed to score his first goal of the season.

Given his fitness concerns in recent weeks, it is unclear whether Messi would have been called up by Argentina for this month’s international friendlies against Germany and Ecuador had he not been suspended by CONMEBOL over controversial comments he made alleging ‘corruption’ within the organisation after being sent off in the Copa America. 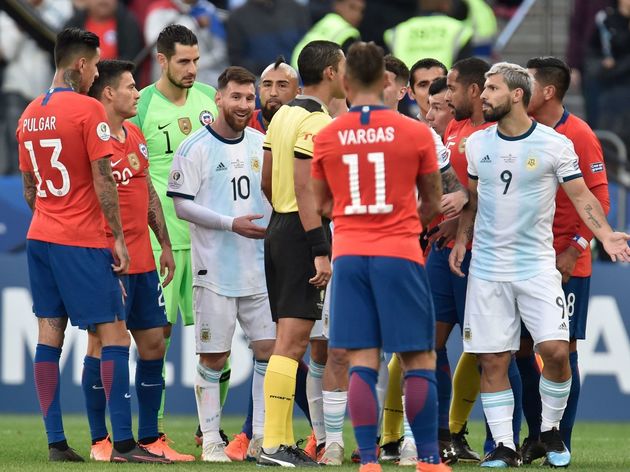 Luis Suarez was left out by Uruguay this month to allow him to rest and improve his sharpness.