​Estonia play host to Germany at the A. Le Coq Arena on Sunday night on matchday six.

On the contrary, Germany will be looking to make it five wins from six games so far and extend their tally to 15 points. With 17 goals scored and six conceded, Germany go into this fixture as firm favourites. 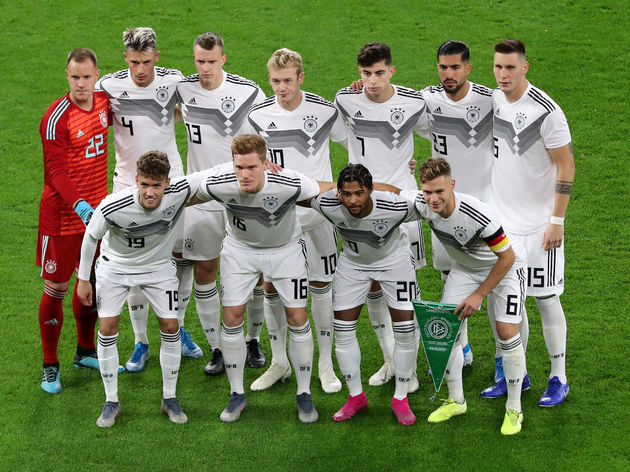 With qualification looking near impossible for Estonia, this match is about showing some self-respect and getting some points on the board. For Germany, this game is about taking hold of Group C and firmly planting themselves at the top of the table, with Northern Ireland matching the German's points tally and the Netherlands only three points behind.

With so much on the line, here is 90min's preview for Sunday's fixture.

Joachim Löw has intertwined youth with experience for his team selection. Experienced heads such as Manuel Neuer, Ilkay Gündogan and Marco Reus were all selected, whilst young prospects like Kai Havertz, Nadiem Amiri and Luca Waldschmidt are also included. Karel Voolaid has no new injury concerns, and has included veteran goalscorer Sergei Zenjov and midfielder Konstantin Vassiljev in his team. Estonia have experienced youth in his side too, with striker Rauno Sappinen having earned 23 caps at the age of 23, and midfielder Mattias Käit, who has 22 international appearances at the age of 21. Sunday's fixture will be the fifth meeting between the two sides overall, with Germany winning all meetings by an aggregate score of 19-1.

However, Germany and Estonia have faced off only once since the 1930s, with Germany trouncing the visiting side 8-0, helped by braces from Serge Gnabry and Marco Reus.

As aforementioned, Germany are in fine form coming into this fixture. Nationalelf have lost only once in their Euro 2020 qualifying campaign, with defeat coming at the hands of the Netherlands in a 4-2 thriller. The German side have scored 17 goals and conceded six so far and remain top of Group C on 12 points. In contrast, Estonia have only one win in their last five international fixtures, coming away at Gibraltar. Sinisārgid have scored only three goals in their previous five fixtures and conceded a whopping 16 goals. Estonia's last home win came over a year ago in May 2018 in a 2-0 Baltic Cup victory over Lithuania.

Here's how both teams have performed in their last five fixtures. Germany need all three points to cement their place at the top of Group C, whilst Estonia desperately need a win under their belt.

Victory for Estonia would be a historic feat, and for Germany it would be the embarrassment of the decade.